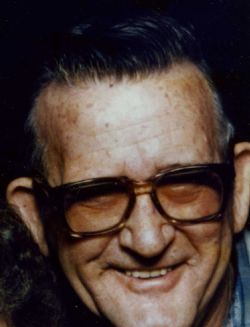 Charles G. Grigsby Sr., 84, of Marianna, Arkansas passed away on Sunday, September 24, 2017 in Memphis, Tennessee. He was born on Tuesday, January 3, 1933 to J.B. Grigsby and Clola Kennedy Grigsby in Leachville, Arkansas.


Services for Mr. Grigsby will be held Wednesday, September 27, 2017 at 12:00 P.M. at Roller-Citizens Funeral Home in Marianna, Arkansas with Brother Adam Rowland officiating. Visitation will be held one hour prior to services. Burial will be held at Oak Grove Cemetery in Moro, Arkansas. Family and friends may view and sign online guestbook www.rollerfuneralhomes.com/Marianna

Charles and Brenda, so sorry for your loss. Wanted to come but didn't work out. You were and are in my prayers!

So sorry for your loss may you find peace and comfort in the words spoken at 2 Corinthians 1:3 & 4" ( 3) Praised be the God and Father of our Lord Jesus Christ, the Father of tender mercies and the God of all comfort, (4 ) who comforts us in all our trials so that we may be able to comfort others in any sort of trial with the comfort that we receive from God

I am so sorry to hear of the passing of your dad. Please know that we are praying for you & your family! Please let us know if there's anything we can do!

Even though we can't be there in person, we want all of you to know you are in our thoughts and prayers. We love all of you!! Shirley & Family