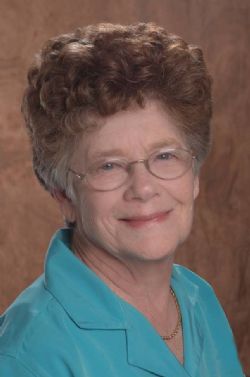 Lila graduated from the University of Arkansas at Fayetteville with her teaching degree. She taught Home Economics in Danville, Arkansas and then at Mount Saint Mary's Academy in Little Rock. She was a member of the First Presbyterian Church in Benton where she was active in many areas. She was also a member of the Tuesday Club, Medical Auxiliary, 4-H House, The Art Guild, and CJCHON, of which, she was a founding member.

In addition to her parents, she was preceded in death by her husband, Dr. Donald L. Viner.

The family would like to thank two of Lila's great nieces, Isabella and Emma Wheeler, for the tender care they gave to her during her illness.

My thoughts and prayers are with you during this difficult time. I will miss that sweet smile and her precious spirit!! Loved her dearly and love the family as well!!!

Paul, my prayers are with you in this time of sorrow and the days to come. Frances McNeil

Paul and Lori,
May God bless you during this time. With our sympathy, Gary and Mary Watson

I was a student of Mrs. Viner's at Mt. St. Mary in
the early 1960's. She was a wonderful home-ec teacher
and hardly a week goes by that I don't think of her.
Whether I was arranging a new kitchen, or making beds
or whatever the task was, she came to mind. And I was
glad to have had her for my teacher.

Paul,
You are in our thoughts and prayers during this time of sorrow. May God place his comforting arms around you today and in the days to follow.

I will always remember Mrs. Lila's southern charm and graciousness when we moved to Arkansas and became their neighbors. She and her husband, Donald made us feel a sense of home when we felt the loneliness of leaving Tennessee. They were much more than neighbors, they treated us like family. This is a temporary separation and I look forward to seeing you both when we get to Heaven.