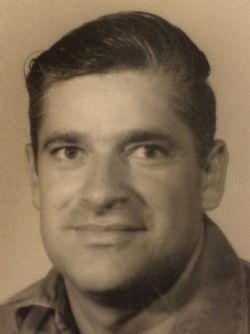 Jack Nolan Lott, age 88, of Harrison, Arkansas, passed away Friday, October 21, 2016 at Hillcrest Nursing Home in Harrison, Arkansas. He was born April 22, 1928, in Clay Center, Kansas the son of Glenn A. Lott and Bonnie Margerite Nieto Lott. Jack was preceded in death by his parents, his wife of 64 years Rose Mary Lemon Lott, and two brothers, Glenn Maurice Lott and Charles Lott.

Jack was a Farmer, Mechanic, Machinist and Forest Ranger. He was a member of the Burlington Baptist Church. He enjoyed Blue Grass music.

Burial was in Gass Cemetery.

Memorials may be made to the Gideons International, PO Box 997, Harrison, AR 72602

My thoughts and prayers are with the family. I hope all the cherished memories will provide a measure of comfort. May the God of Comfort also give you strength. (Revelation 21:3,4 & John 11).

Dennis and Holly so sorry to hear of your dad and grandfather's passing. I always enjoyed seeing him at the nursing home when my dad was a resident there. He is with Jesus now and at peace. Our prayers are with you.
May God bless you.
Robert and Linda Brown