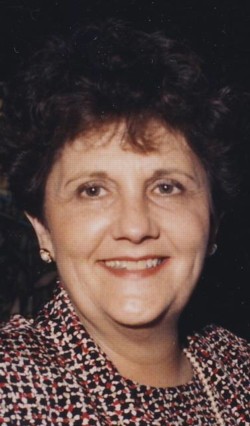 Jo Ann and her younger brothers were born and raised in Leachville in Mississippi County, and she graduated from Leachville High School, lettering in basketball. She attended Arkansas State University where she was a member of Phi Mu Sorority. While attending ASU, she met her husband, Joe. They married in 1957. While Joe was stationed at Fort Lewis, WA, Jo Ann gave birth to her first child, Libby, later giving birth to Blake in Memphis. After the family moved to Little Rock, Jo Ann worked at KATV and later Union National Bank. There, she worked as the executive assistant to the owner, Herbert McAdams. Later, she worked with Colonel Charles Maynard and Paul Berry within Prestige Banking at Union National Bank and also managed the executive dining room. One of the many aspects of her job that brought her joy was meeting many of Arkansas' business and political leaders and entertainers. Jo Ann retired from the bank in 1989 to join her husband in running the family business, Hendrix Oil Company.

Jo Ann was the creative heart of her family. She was a beautiful and accomplished singer, a creative talent at KATV, and an actor for many years in the Gridiron, the local production of the Pulaski County Bar Association. She had a mastery of word games and crossword puzzles, and her love of reading was one of the many traits she passed along to her children and grandchildren. She possessed a razor-sharp wit, biting sense of humor, and intelligence beyond measure. For many years, Joe and Jo Ann enjoyed traveling the country and Canada, and also followed the Razorback football team, creating a family tradition to travel to Dallas to spend New Year's at the Cotton Bowl.

It is all too soon. There should be a rule about losing family back to back. It is crazy to think that our parent's love is now cast into the great beyond and now we are orphans, so to speak. I very fondly remember "taco-night" at the Hendrix's a wonderful creation of your Mom's.

I regret that you have become a member of a fraternity that I personally would NEVER have wanted to be in. It is the fraternity of, "Whoa! Wait a second - - what is fair about that?"

To all of the Hendrix clan, I empathize with and for your loss. Jo Ann was always the rudder of the ship.
-budder-

Thinking of you all. Sympathy and Best Wishes to you.