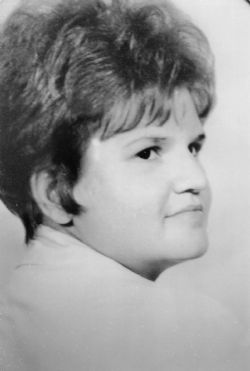 Dorothy Dot Ann Cayton, 73, a loving sister, aunt and friend, was born February 14, 1947 to the late W. K. and Louise Johnson. Dorothy was preceded in death by her daughter, Karen Bostick; her parents; her brother, Dan Johnson; and her sister, Frances Lewellyn Kelly.
Dot was a lady that wore many hats throughout her life. She was a security agent for Stein Mart from March 1980 through August 1982. Dorothy was a server at Earl's Hot Biscuits for many years. Dot decided to become a real estate agent and began her career with Four Seasons Realty for many years and moved to Carter-Shank Realty, as well as Shank Realty and ended her real estate career with Carter Realty Company. In recent years, Dot enjoyed shopping, eating out, and talking on the telephone with her friends.
Dot departed this life on July 29, 2020 at NEA Baptist Hospital in Jonesboro, Arkansas. Those left to cherish her memory are two sisters, Jean Johnson of West Memphis, Arkansas, and Pat Roberts (Roland) of Wynne, Arkansas; her sister-in-law Earline Johnson of Mountain View, Arkansas; and a host of nieces, nephews, and friends.
Funeral services for Dot will be held on Saturday, August 1, 2020 at 2:00pm at Roller-Citizens Funeral Home in West Memphis, Arkansas, with interment to follow at Crittenden Memorial Park in Marion, Arkansas.

I remember Dot from the Earl's Hot Biscuits days. She was a staple there, there couldn't have been a better crew, dad Duke and I had a many of breakfast there and I had lot's of lunches too, we were one big happy family there, I ask the Lord to be with each of her family members and also her friends, she had many! Comfort all Lord......
Gary Harlow and family

Aunt Dot when I was little always brought me candy when she visited Lagrange. Over the decades she and I always stated in touch over the phone. Aunt Dot will be dearly missed.