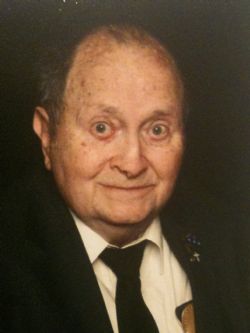 Matthew received his bachelor's degree from Park University in Parkville, MO. He was a veteran of the United States Navy and a Master Mason. Matthew worked as a Trucking Line Dispatcher for Trans Carriers where he eventually retired. Matthew loved sports; he was a huge Yankee's fan, a newly formed 'Florida Gators Grandpa', as well as a soccer coach for many years. Most of all, Matthew was a Christian man who loved and adored his family. Matthew was as sharp as a tack and he had spunk. He was loyal with his family and close friends, and he had a lot of love to share. He treated every one as they were his forever friend.

He was preceded in death by his parents, Matthew and Dorothy Earle and his wife of 42 years, Olive Lois Earle.

We just found out that Daddy Matt had passed away. We will miss him dearly. He was our co worker and our friend.

January 16th, a part of my heart was taken away.
I came to Trans-carriers with my co-driver Larry Griggs, in 1990 to start to work for them. Larry & Matt had already been friends for a number of years. Larry introduced me to Matt & Matt welcomed me to the company. A short time later, Matt introduced me to Lois. She became a wonderful friend! A few short years later, God took her home. In 2007, God took Larry home. I was devastated. Matt’s friendship never wavered! He was there thru some very rough times! I retired after Larry!s death & moved back to Missouri but we continued to be friends & check on each other. We had a wonderful relationship & I will always love him for choosing me as one of his close friends

Grandpa was such a kind hearted, loving grandpa. I remember every time I saw him, he would get up out of his rocking chair and give me a hug and kiss while saying “hey doll.” He made the best oatmeal! He is very loved and will be missed greatly. I wish he could have met his great grandson, Brayden, but I know he’s now watching us from Heaven along with Grandma!
We love you Grandpa, and we will miss you greatly. Will see you in Heaven some day!