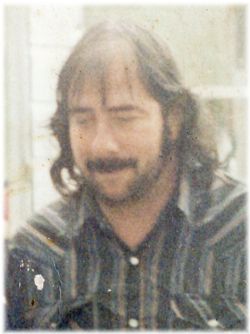 Ernest Lynn Roberts, 67, of Midway, Arkansas passed away on Sunday, April 4, 2021 in Midway. He was born on January 7, 1954 in Houston, Texas to his parents, Ernest Gant Roberts and Lois F. Brewer.

He was a retired roofer who always loved building odds and ends and was always known as a jack of all trades.

He was preceded in death by his father, Ernest Gant Roberts and one brother, Robert Roberts.

He is survived by his mother, Lois F. Brewer of Paris; one son, Ernest Lynn Roberts, Jr. of Washington; three sisters, Debra Brewer of Paris, Edith Battles of Paris and Barbara Roberts of Dallas and two brothers, Tooter Brewer of Clarksville and Pete Brewer of Chico, California.

Ernie, You were one of a kind. An amazing human being, an awesome guy. You were the best uncle because you cared so much for my whole family. We are so great full for the time we got to spend with you. We will carry those memories with us everyday until we get to see you again. I want you and everyone who has ever known you, my husband an I didn't just lose an uncle but our best friend. We love you so much! Rest in peace "Captain".