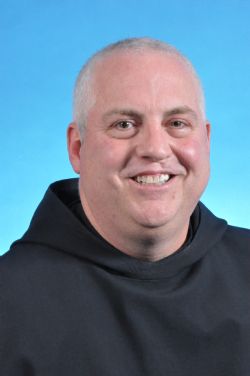 I want to express my deepest condolences for your loss. Br Michael was a dear friend to myself and my daughter (Rena). He and I worked together in the kitchen at Subiaco abbey. He will greatly be missed by all who new him. Loved him dearly. He was like a brother to me. I wish you all well and peace

Mike, it feels like forever since we ever talked, Rest in peace

I've known Mike since high school. He was my brother-in-law for almost 20 years. A good man with a kind heart. Always ready to pitch in and help when needed. I'm glad I got to see him one more time at my daughter's wedding last year. He will be sadly missed. Heaven has gained a great soul.

I've always loved my cousin Mike. He was extremely kind and thoughtful. My condolences to Dick and Rosie, and all of my cousins! God bless you all!

I was in formation with Br. Michael.
He was always very kind to me. He was my age. I am shocked and saddened to he of his passing.

In all the times I have visited the Abbey, I spoke to Br. Michael a couple of times. He was very kind and caring.