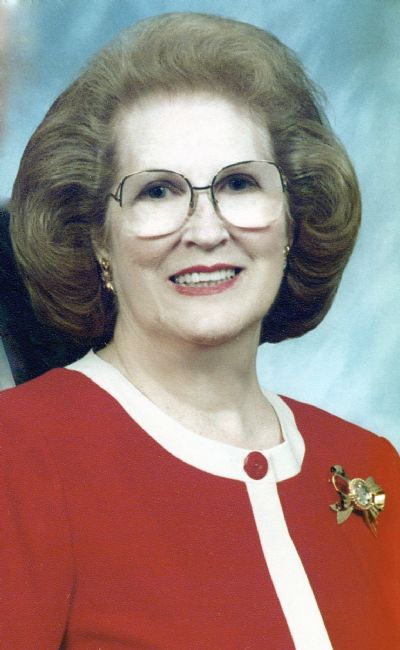 Her family moved to Dyess, AR in 1938, where they owned and operated a small farm and then they moved to North Little Rock, AR in February, 1948 during her last semester of high school. Although she attended those last few months at NLRHS, her grades were transferred back to Dyess for her graduation. She worked for TIMEX Corporation after graduation for two years. During that time, she met and married Oscar Russell in June 1949.

Throughout her teen years and early adulthood, she enjoyed singing in school and church and she had a beautiful soprano voice. She married into a very talented family that also enjoyed singing and Oscar's parents pastored a church. Reba, Oscar and his mother, sang as a trio and were frequently invited to many churches and special meetings all over Arkansas and southern Missouri. She remained active in church throughout her life as a soloist, worship leader, teacher of various age groups and youth counselor on both local and state levels. Reba led the prayer team at First Assembly of God in North Little Rock until 2019.

Oscar was transferred on his job to Pine Bluff, AR in late 1959. After two years, they moved again for his job, to Helena, AR, where they lived four years. In 1965, they moved again, this time to Forrest City, AR and remained there for almost 20 years.

Besides the usual activities of a homemaker, she was active as Cub Scout Den Mother, Little League baseball watcher, church camp counselor, etc. She accepted an invitation to join Beta Sigma Phi, a women's sorority, and served as Secretary/Treasurer, 1st vice president and president. She was chosen as "Girl of the Year" in 1969. She was also active in the Cosmos Club, a literary organization. Reba was selected by the Forrest City Jaycees as "Outstanding Woman of the Year" in 1972. However, her real area of interest lay with the Forrest Memorial Hospital Ladies Auxiliary, which she served as president from 1970-74. She was so inspired by this organization that she decided to return to school to become a Registered Nurse.

Between the time their son graduated from college and their daughter finished high school, she commuted 80 miles round-trip, to Phillips County Community College in Helena, several days each week. She obtained an associate's degree in Nursing in June 1976. After passing her board certification, she worked at the St. Francis County Hospital as a charge nurse. In October 1976, she was hired by the St. Francis County Health Department as a Public Health Nurse. About a year later, she was promoted to Department Administrator and continued in this position for over eight years until they moved back to central Arkansas in 1985 because of Oscar's work. She transferred to the Pulaski County Health Department, where she worked for a few months before becoming a pediatric nurse with the Children's Medical Services Division of the Department of Human Services. She retired in 1987 so she could travel with Oscar, who had become Executive Director of the Arkansas National Guard Association in 1985.

After he retired, they continued to live at their home in Sherwood, AR until Oscar passed away in 2019, at the age of 90. They were able to celebrate their 70th wedding anniversary several months before his passing. She moved to Roanoke, TX early in 2021 to be near her son, David who assumed responsibility for her care until her death.

Her pallbearers will be her grandsons, Rev. Jared Russell, Rev. Jordan Russell and Rev. Alex Hall and her nephews, Doyle Moore, Glenn Russell and Greg Russell.
Arrangements are under the direction of Roller-Owens Funeral Home. A visitation will be held at Roller-Owens on Friday, July 22, 2022, from 6:30 to 8:30 p.m. A funeral service will be held Saturday, July 23, 2022, at 11 a.m. at the First Assembly of God chapel at 4501 Burrow Dr., North Little Rock, AR., with Senior Pastor Rev. Rod Loy presiding. Burial will follow at the Bethlehem Cemetery at 2 p.m. in Shady Grove, AR. with a graveside service presided over by her son-in-law, Rev. Stanley Hall.