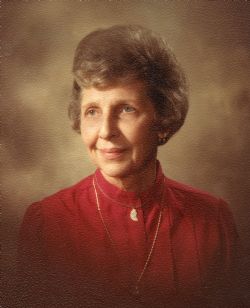 I remember Mrs. Pierce from the days going to First Christian growing up. My grandparents just loved her and Mr. Pierce.

She was always smiling and so kind. My condolences to the family and friends.