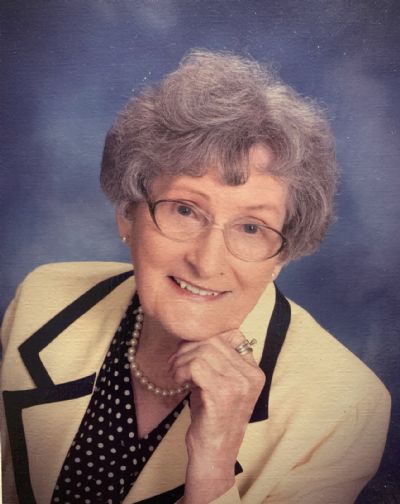 Our beloved mother, grandmother, great-grandmother, Christian, sister and friend, Hazel Allene Thompson Fletcher, was taken by the angels to be with the Lord on September 18, 2022, she died in Springdale, Arkansas at the age of 94 years old. She was born September 17, 1928 at Twin Creek, Arkansas to the late Owen M. and Lillie Gulley Gillihan.

She was a devoted wife, loving mother and homemaker. She enjoyed gardening, canning, quilting, crochet and knitting for her family.

She was known for her chocolate pies and homemade breads, which she baked for church potlucks and gave freely to strangers.

She loved singing and "making music" and square dancing on the court square stage in Mountain View, also performing on stage with her husband, Orville Thompson at the Ozark Folk Center at Mountain View. They recorded tapes of their music. She was one of the founding members of the Folklore Society "Hootenanny" in Mountain View, serving as secretary for many years.

She worked for the Arkansas Game and Fish Commission, as a dispatcher in the 1950's. She loved Mountain View and considered it home, even after moving to Springdale in 2003.

She attended the Robinson Avenue Church of Christ in Springdale where she met and married Cecil W. Fletcher.

Memorial services for family and friends in Springdale, Arkansas will be Wednesday, September 21, 2022 at 11:00 AM at Sisco Funeral Chapel in Springdale. Visitation will begin at 10am at the funeral home.

Donations can be made to The RACOC Playground Fund at Robinson Avenue Church of Christ, 1506 W. Robinson Avenue, Springdale, Arkansas, 72764 and Alzheimer's of Arkansas Association, https://act.alz.org/donate

Online condolences may be left at www.siscofuneral.com