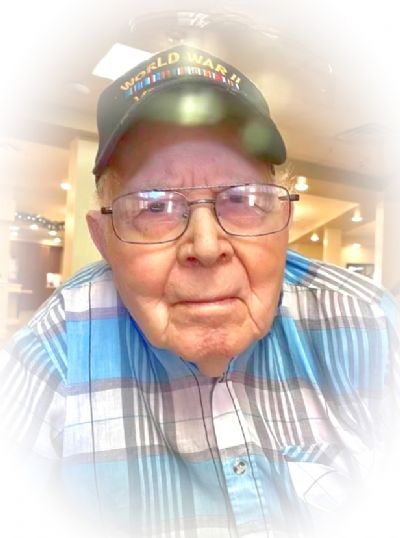 we all will miss ralph but ralph was ready to go on down the road. he was a patient and friend for a long time. he and i discussed his military service since my father was attached to the second marine division during ww2. that was our bond . they both were in saipan but as far as i know never met. most of all ralph was kind and humble. a great patriot and human. i will miss him . love u ralph. t.s. leslie m.d.

I am so sorry for your loss! Your Daddy was instrumental in my early years as a Christian. He didn't just tell people what to do, he took the time to explain the process and the reasoning. He helped me understand so many things! So thankful that you brought him into my life, Cynthia. Blessings to all of you!

Ralph was so good to visit my mother in the hospital at Harrison. I will always remember him for that kindness. Please know that your family will be in our thoughts and prayers.

Ralph was a good man. He's was a gentleman that I never heard a bad word said about. I never was around Ralph that much, but thought a lot of him as I did his brothers.

Ralph was a good man who lived out his convictions with honor and faithfulness to his God. May the family find strength to say goodbye and remember the special moments that were shared. A glad reunion day is coming.

Many fond memories of Uncle Ralph growing up. Keeping the family in our thoughts during this time and sending our love to you all.

Ralph was a blessing to our family. While we will miss him we rejoice that he has received his reward. Due to Jim’s health we will be unable to attend the service.

He’s in a better place now.