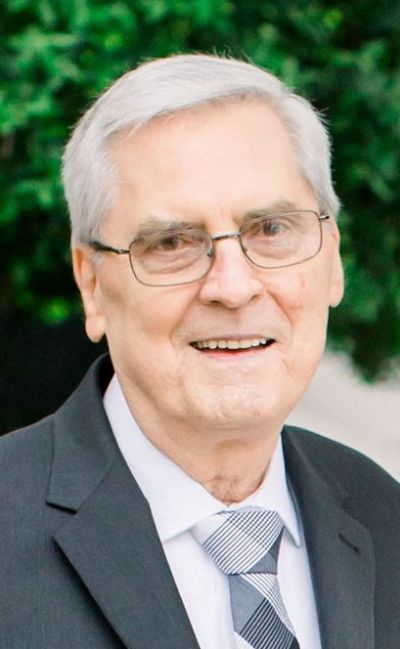 After graduating from Little Rock High School (now Central High School) in 1957, Bill attended Arkansas Tech, where he met and married Metta and earned a Bachelor's degree in 1961. He launched his insurance career with USF&G in 1962, moving to Phoenix with the company and was the youngest person to hold the position of Surety Bond Dept. Superintendent at 26. He joined the largest surety bond agency in Arizona in 1966 (BHB). In 1967 he returned to Little Rock to join Rebsamen East. He was later promoted to manager of the bond department. He later joined The Cashion Company where he worked until health issues forced him to retire in 2000.

Bill had many accomplishments and honors during his career including being appointed by Gov. Frank White to the committee to award merit raises for state employees; being appointed by Gov. Bill Clinton to the committee responsible for writing law governing the bonding of licensed contractors; serving on the Board of the Teen Suicide Prevention group; being the first non-contractor elected as President of Assoc. Builders & Contractors; being one of only three to ever receive the ABC Distinguished Service award and being elected to the Arkansas Tech University Foundation Board of Directors in 2007.

Bill was active in St. Andrew Methodist church for many years as a member of the Men's Bible Class, serving on the Administrative Board, the Finance Committee and being Chairman of the Building Committee. He and Metta later joined Parkway Place Baptist Church.

Bill loved sports, photography and traveling with family and friends. He and Metta visited may countries in the Caribbean, South America, Europe and the Mediterranean. They especially loved Hawaii, which was a family favorite many times, including Maui's Kaanapali Beach.

While Bill had many health challenges over the years (numerous bouts with both heart disease and cancer), he courageously fought through them. He was a committed, honest, loyal man who loved spending time with his family.

Memorials may be made to St. Jude Children's Research Hospital.

Visitation will be Friday, August 19 at 1:00P.M., followed by a service at 2:00P.M., both at Roller Chenal Funeral Home. Burial will be a private service.

I'm so sorry to hear of your loss of Bill. You and your family are in my thoughts and prayers.

Oh Metta- I just now found out about Bill. I am so sorry and you know I would have been
there on Friday for the visitation and funeral if I had known. I loved him so and he was such a sweet part of my families life.

I love you - Allison

Metta and family, our thoughts and prayers are with you for divine guidance. Bill was like a mentor to me as I started in the surety bond business in 1975.

May he Rest In Peace. May God be with Metta and the family

Bill was a kind and gentle soul to befriend and to work with. I am fortunate to have known him.
My love and prayers go to Metta and all the family. ❤️

Our prayers and thoughts are for all of you during this time of great loss. My God hold you in his loving hands and wrap His arms around you daily.
Lonnie and Karen Myers

Love all of you! Hugs to Meme, Beth, Mona. Ashley, Morgan, and Lindsey.