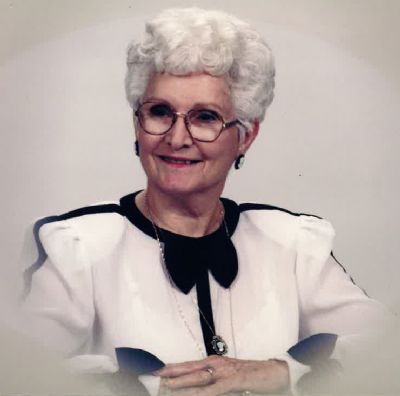 Vivian helped raise her seven siblings, as she was the oldest and was married at age 16, to Joe Barnhill. She lived in Decatur, IL during the beginning of the Great Depression, then moved to Arkansas. Vivian lived in and around Paragould, AR in her younger life. She lived in central Illinois in the 50s and 60s, then in Little Rock, AR since 1972. In Little Rock, Vivian worked in retail at Sears and then for JC Penney before retiring. When working for Sears and "Penneys" as she called it, she moved into the collections department requiring the use of computers. While a little nervous about learning to work with computers, she mastered it in no time. Vivian retired at 65yrs of age and focused on what was most important to her, her family and particularly her grandchildren. She worked hard and was able to receive her GED at the age of 70. She taught Sunday School and was an active member in church for the rest of her life. Vivian has been a member of Crystal Hill Baptist Church since 1982. She never missed an opportunity to worship with her church family as long as she could physically attend. She always made a point to bring her much sought-after chocolate pies to any church function where food was involved.

We will celebrate her life this Tuesday, the 16th, at Crystal Hill Baptist Church with a 9 am visitation and a 10 am funeral service.

You were such a beautiful person inside and out.
You will be missed.
R.I.P. Vivian. ♥️

She was a good Lady. She was the Mother of one of the best friends I ever had, Roy Barnhill who I miss every day.

Dwight, so sorry about your mom. She always sat in front of us at church and we so enjoyed getting to know her. She was a beautiful lady and loved by so many.