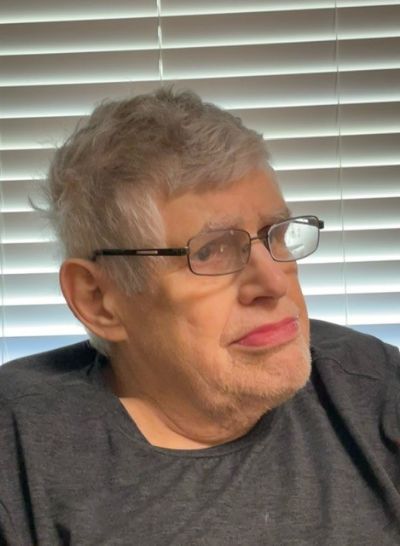 Bill Houchin, age 82, died July 26, in Ft. Smith where he worked at the Bost Work Development Program and lived in the Brazil House for handicapped men for 22 years.

A previously long-time resident of Little Rock, Bill graduated from Little Rock Central High in 1961 and the Evergreen Vocational School in Bossier City, LA in 1965. He enjoyed going to the Western Hills Methodist Church.

For over 30 years, Bill worked at St. Vincent's Infirmary, initially in housekeeping and in physical therapy, followed by the kitchen and food services.

He enjoyed traveling to see his sisters for adventures of white water rafting and fishing. Bill had a sweet spirit with a gentle manner, even with the fish he happily caught. Often, he displayed a quirky sense of humor.

Once, during a summer picnic among the wildflowers at Mount Rainier's base, he looked up at the 14,000-foot snow-covered peak and emphatically said, "I don't want to climb that mountain."

Born in 1940 as William Frank Houchin, Bill was the son of the late Mildred Bock Houchin and Rex Houchin of the Westwood neighborhood.

Bill was especially fond of his five nieces and three nephews, now scattered from Washington and Oregon to Oklahoma, Ohio and South Carolina. Bill carried each of them around as toddlers and played with them when they visited the Houchin family home.

The services for Bill will be held on Monday, August 1, at 9:30am at the Roller-Chenal Funeral Home, Little Rock, AR.

Worked around Bill for almost 5 years in the PT Department at St. Vincent's Infirmary. Bill was very dependable and took his work very seriously. He was a very pleasant person to be around. RIP Bill.

I am 92 now and not very mobile. My sympathy to all of you. Bill was a very special person and always had a smile it seemed. Thank you for the wonderful obituary it reminds me of what a wonderful family lived in Westwood.

Bill you where a blessing to work with. You will be greatly missed.I will always cherish the times we had togather at Brizal. Forever your little bit . Love ya