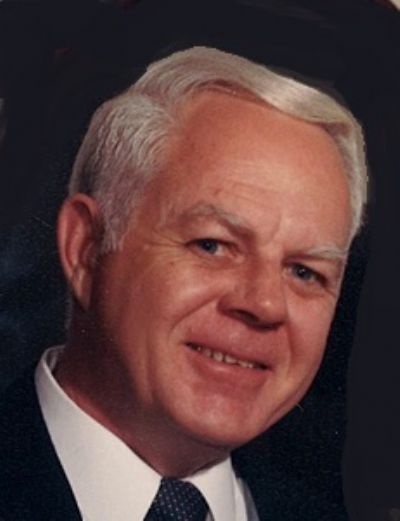 Billy Dean Paige, of Little Rock, formerly of Newport, passed away peacefully, August 30, 2021, one day shy of his 87th birthday. He was born August 31, 1934, in Newport, Arkansas, to the late William David and Ilene (Dean) Paige. In addition to his parents, Billy Dean was preceded in death by his wife, Ima Jean Carter Paige; his daughter, Kelley Anne Paige Macias; his grandparents, Arthur F. and Chloe Fisher Dean; his uncle, A.F. Dean and his cousin, Gary Wayne Dean. He is survived by a granddaughter, Jillian Paige Macias of Norman, Oklahoma and cousin, Pamela Dean Korenblat of Little Rock as well as other relatives & friends.

Billy Dean was a patriot of honor and distinction. In 1953 he joined the United States Army National Guard. He attended the U.S. Army Command & General Staff College retiring, with the rank of Colonel, after 35 years of Service. He served when the National Guard was mobilized for the Central High School Riots in 1957. In 1988 he was transferred to the Retired Reserves. Through out his career with the Guard he received many awards & commendations but the one he treasured most was The Legion of Merit for exceptionally meritorious conduct in the performance of outstanding service while serving as Commander of Post Mobilization Headquarters, highlighting his leadership in Wiesbaden Germany. Billy Dean loved serving in the guard. He flew the United States of America & Arkansas State Flag. He was a patriot through and through.

Billy Dean had a positive, energetic and outgoing personality. He grew up in Newport and was a graduate of Newport High School. He was a member of the First Baptist Church in Newport. After his marriage to Ima, his true love & best friend for 50 years, they made Newport home & raised their daughter there. He was the owner of Jack's Dairy Cup. After retiring from the food service business he and Ima realized that retirement didn't suit them. They moved to Little Rock & bought the American Employment Agency. They enjoyed living in Little Rock but Billy Dean always considered Newport and Jackson County home.

Thank you to Arkansas Alzheimer's, they were always available to answer questions and help solve problems 24/7. Many thanks to Home Team Advantage, Inc. for the care their caregivers gave Billy. A special thanks to Joyce Jones for her dedication and care for Mr. Paige through the years. Sincere thanks to everyone at Woodland Heights Memory Care for making his last several months as meaningful as possible.

If you would like to honor Billy, please consider a gift to Alzheimer's Arkansas, 10411 West Markham Street, Suite 130, Little Rock, Arkansas 72205.

Graveside funeral services will be at 1:00 pm, Tuesday, September 7, 2021, at Riverwood Memorial Gardens in Maumelle with Reverend Don Cooper officiating.

A life long friend and class mate. We Served in the First Graduation class of 1958 Arkansas Military Academy Arkansas National Guard, Best friend all our lives I will miss him.

A long time friend dating back to1960 worked with him for several years will be missed .

I am so sorry to hear about Billy Dean We were neighbors in Newport and I was Kelly's pediatrician while she was growing up, A great family