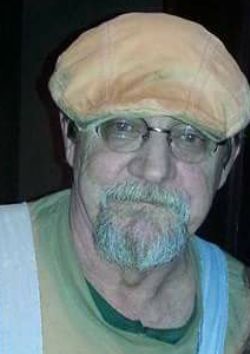 Randall Dwayne Yant, 63, of Greenbrier, passed away September 16, 2018. He was born in Little Rock, AR on May 5, 1955 to Erban and Ava Faye Yant. He was preceded in death by his mother, Ava Yant and his uncle, Dwayne Yant.

Funeral services are on Thursday, September 20, 2018 at 1:00PM at Trinity Faith Tabernacle, Greenbrier. Visitation one hour prior. Burial in Cadron Valley Cemetery

Randy was my friend from elementary school on. We both enjoyed going to the Little Rock Boys club and spending the entire day playing basketball, billiards, ping-pong, swimming, and participating in art classes, wood shop, print shop , and much more. We especially loved the Boys Club Camp where we attended as campers and later as cabin counselors. I can't tell you about the times we got into trouble together! Several years ago Randy called me in the middle of the day. I am retired now, but at the time of his call I was still serving as the Chief Chaplain at Gulf Coast Veterans Health Care System. Without sharing all the details, I was dealing with some very important and delicate matters. I took Randy's call and heard him say that the LORD had placed me on his mind and heart and he told me that he had been praying for me. I am in tears now as I think of how timely and encouraging his call was to me. In that moment I received added strength to face and meet the challenge. By God's Grace Randy and I both made peace with our past, drew strength through our Faith, and throughout the years whenever we met or contacted, we experienced joy and laughter because we truly cared for one another. I am saddened deeply by the news of his death. I am saddened for his family and friends. My prayer is for all who grieve, and my hope is that your love and faith will sustain you until the DAY we meet in heaven.

I met him several years ago at a Leon Russel outdoor show at the Toad Suck Festival. So sorry to hear of his passing. Such a nice and talented man. His Native American art creations were awesome. I really liked him and send my condolences to his family. I would have been at the funeral had I known. May he rest in peace.

I am deeply saddened to hear of Randy's recent passing. We met in elementary school at Mabelvale many, many years ago. He was always a sweet and gentle boy and I'm sure he was as kind and loving a husband and father as anyone could've wanted in their lives. I'm thankful we reconnected briefly on Facebook and I know he was happy with his life. My sincere sympathies to Randy's family and close friends.

Ricky, Olive, Debbie, and Mr. Erby, we are sorry for your loss. You are all in our thoughts and prayers. We love you.

I have known Randy for many years. We had many adventures together.
My condolences to all the family.