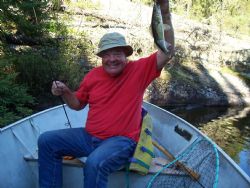 Robert "Bob" B. Leslie passed away on Monday, April 5, 2021 at his home in Conway, Arkansas. He was born on Sunday, January 8, 1939 to Ellis B. and Mary O. (Sumrall) Leslie in Warren, Arkansas.
He was preceded in death by his parents; a brother, David Leslie and the love of his life for 59 years, Rita Loree Leslie.

Bob received his Juris Doctorate from the University of Arkansas, Fayetteville in 1959 and was an attorney for over 60 years. He served in many capacities including a Special Judge in Municipal and Chancery Court Trials, sitting as a Special Justice on the Arkansas Supreme Court. While on the Supreme Court he acted as Parliamentarian and Legal Counsel for various Local, State, and National religious and nonprofit organizations and associations.

Throughout Bob's career some of his most notable positions were; General Counsel, Assessment Coordination Department for the State of Arkansas from 1999 to present; Adjunct Professor of Law at Webster University in Little Rock in 1994; Special Justice for the Arkansas Supreme Court in Little Rock in 1998; Associate with Pattern & Brown, Attorneys at Law in Little Rock from 1969 1970; and Shop Teacher and Coach for the Hot Springs Public School District in Hot Springs, AR from 1961-1966.

Bob received many awards over the years, but most notably was his 1974 award of JCI Senator for the Arkansas Jaycees.

His contributions to civic organizations were many throughout his lifetime; especially serving as an active member of the Lion's Club for many years; the Board of Directors for the World Eye Foundation from 1981 to 1986; the Board of Directors for the Central Arkansas Chapter of the March of Dimes from 1980 to 1982; and serving as National Legal Counsel for the U.S. Jaycees from 1974 to 1975. Additionally, Bob served in the fraternal organization of the Redfield Masonic Lodge, No. 700. He served with the Republican National Committee as a Member for Arkansas from 1988 to 1992 and served at the State Chairman for the Arkansas Republican Party in 1981.

Bob was a man of the people and enjoyed public speaking, assisting people with their legal problems in the hope of a positive out-come. He especially enjoyed teaching and coaching children. His personal hobbies included; hunting, fishing, gardening, woodworking, collecting shop tools and restoring broken equipment.

A private family service will be held at a later date.

Bob was a hard working fun guy. We met in the Greater Little Rock Jaycees back in 1970, and were frequently involved in community activities-from Soap Box Derby Day to International Involvement in projects associated with Partners of the Americas, Youth for Understanding, and Medical programs in South America. Bob was a true leader and will certainly be missed. Due to sad events this past week, I will be unable to attend services for Bob. My thoughts will be with his family and all attending.

That was really beautiful. I am sorry for your heart aches. Someday, we have to meet up in person so I can give you a hug.

Mr. Bob was a great man & I’m blessed for knowing him. He was more than a co-worker, he was a friend, a gentleman, a mentor & his laugh was infectious! Thank you, Mr. Bob I will never forget how much you helped me & that you made this world a better place.

Bob Leslie helped me through some tough times...after I lost my wife, and later when my mother passed away.  He spoke words of wisdom, but he also listened.

I became a better person because of Bob.  He affected many people that way.  Toward the end of my career Bob and and another co-worker Faye had influenced me so much that I became much better at leadership, and I almost came to enjoy public speaking... almost!  I can honestly say one of the best things that ever happened to me was having Bob Leslie as a close friend.  RIP.

My heart goes out to the family. Bob holds a special place in my heart. He was my attorney for many years. Give the family strength in their time of need.

Bob and I shared office space in the late 1990s and, I think, into the early 2000s. He was a knowledgeable and honorable lawyer and a pleasant colleague, despite our political differences. I'm sorry to hear of his death.
May his memory be a blessing to his family.

Just an enjoyable man to be around. Always a good discussion to be had.

Deepest sympathy to the Leslie family. Bob was a great friend and fellow Lion.

I was in Kearney Hunt Club with Bob for a bunch of years and also worked with him at Assessment Coordination Department. He was a good man and really enjoyed teaching younger folks like me about life. He also liked to tell stories on numerous subjects that usually had me laughing. My thoughts and prayers go to John, Beth, Orion, Chris and the rest of the family and all of the many friends who knew and loved Bob. He will be missed for sure.

Bobby was a good man always willing to serve his fellowman. Bobby will be missed. Bobby and I played football togather at White Hall he was a sophomore I was a senior

John, I was one of your Jr. High Teachers. I am thinking of you at this time and am so sorry for your loss.

My memories of Bob go back to when he was in high school. My mother owned the original Bulldog Cafe which was beside the old high school next to what was the industrial arts building. He came there close to everyday for lunch and sometimes my mother would cook special meals for the football team before away games. He was always kind and mannerly. Then I also ran in to him several times when he practiced law in Little Rock. Thought so highly of him and Loree. So sorry for your tremendous loss. God bless you.

LOOSE WAS MY MAIN MAN!! WHAT TIMES WE HAD ON THE WAY TO AND ON THE BUFFALO RIVER. I CALLED LOREE ONE AFTERNOON AND TOLD HER THAT SHE NEEDED TO GET TO NORTH LITTLE ROCK FOR LOOSE WAS TO RECIEVE HIS J C I SENATORSHIP THAT NIGHT. HOW MANY STORIES DO I HAVE ABOUT DUCK HUNTING WITH LOOSE??? THE BIG BOY SHALL BE DEARLY MISSED!!!!! BEN D. BRITE

Bob was my "Best Buddy" in H.S. & College. Best Man at my wedding. I moved to Georgia in 1970 but we always remained close friends and would meet for at least one weekend every year. A part of my heart is with "Les" right now. I wanted to meet with him at least one more time before this happened.
My wife and I were planning a "May Reunion 2021". I was to meet with "Les" and our guy friends and she with her 1957 classmates from Monticello, AR.
I will so miss Robert B. Leslie.
To Beth & John and all your family members, we lift you up in prayer and wish for you to remember what a "Good Man" he was and how much he cared for his family and this country.
He will sorely be missed.
Ted Jenkins

So sorry to hear of Bob's passing. We were in Deer Club, Duck Club and Fishing club with Bob. He was "one of the good guys", and will be missed by everyone that knew Him. Proud that we could call him a friend!

So sorry for your loss. Bob was a great guy and i enjoyed being in the Jaycetts when he was in the Jaycees. We had some really good times during those years. He was always there for me. He will be missed by so many.
Barbara White

Bob was a man worthy of the highest respect, working tirelessly to help others and yet reaching the pinnacle of personal excellence. Bob was a friend to many people. I am tremendously saddened by his loss.

We’ll miss out old friend!
Prayers for the family in these difficult times.

John & Beth, so sorry for the loss of your Dad. Losing parents leaves such a void in our lives. I loved them both as well as all the jernigan family.

Hard to find words now. Bob goes back to our great Jaycee years when as a young man Bob was going to change the world. He did make a good dent into it!
He was one of the good guys.

One of the finest men I've known. We spent many hours in interesting conversation.

So sorry Bob was a good man and a good friend

Bob Leslie taught me everything I know about football. I had Coach Leslie as a teacher and coach when I attended Central Jr High and later on during my high school days as well. After high school, I ended up attending Arkansas A&M and playing football for there team, just like coach. He will be miss and I thought so much of my Coach. I prayers go out to you John and Beth and the entire family for peace and comfort. 🙏🏻

Bob will be missed by so many. I am so sorry for your loss and prayers for all the family. Bob was a very good friend to me and so many at the condos at Club Belvedere.

Bob was a great man & a good friend. Loved him. He will be missed. Jim

Bob was a great person and a caring father who will be missed by many! May the Good Lord welcome him to Heaven! Best wishes to his family!

I share your loss, though certainly not as deeply... Words are not adequate... Coach Leslie was my football coach back in the 1960’s and was my friend... forever. Peace and grace...

Beth & John,
So sorry for the loss of your Dad. Praying for y’all and your family.