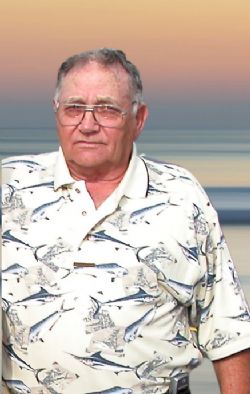 Carl Douglas Stringfellow Sr. passed away peacefully at St. Andrews Place, (Memory Care), Conway, Arkansas on the morning of February 25th, 2021 at the age of 89.

He is preceded in death by both of his parents, his sisters Myrna Zerwer and Cathy Gail Stringfellow, and his oldest son, "Buffalo Carl" (Carl D. Stringfellow, Jr.) all of whom he loved dearly.

Carl started working at a very young age delivering newspapers to help his family. At the age of 13, he was driving a stake side box truck carrying oranges down dangerous mountain roads. One road in particular was called "Walk or Holler Road". He took his kids to see this road and asked, "Do you know why they called it "Walk or Holler Road"? Because you "walk or you holler". The description was correct, having the look of a bike path, as the remaining portion of the road had fallen down the side of the mountain. In true fashion, he loved driving down the roads less traveled, through winding wooded mountains, and on country dirt roads, and spending time bass fishing, catfishing, running trot lines, and more fishing. He enjoyed all kinds of racing, especially NASCAR and the Bonneville Salt Flats races. For many years, he could be found drinking morning coffee at Bates Coffee Shop at Lake Conway. He most especially enjoyed spending time with family until his memory started giving way to age, forgetfulness, and the diagnosis of dementia.

Carl was always a hard worker. He drove an 18 wheeled commercial truck and chartered carrier buses for several years, meeting and making friends with people from all over the world. At the same time, he also learned refrigeration and had three shops in the Oklahoma City area. He could fix and build most anything. He took the bus schedules that the drivers with families did not want. He was always thoughtful about protecting the livelihood of families, most likely due to his meager upbringing. His first house had a dirt floor. Grandma Melba used to love telling the story of how she thought he had a piece of grass in his mouth as a toddler and when she pulled it out, it was a daddy long legs spider.

Carl took good care of his mother and younger siblings, his own family, and he loved all his grandkids. He lied about his age and enlisted in the armed forces at 17 years old also so he could help support his mom and siblings. He also knew how to fly a plane. He always looked at his mom with pure love and admiration, reflected in the way he gave up his childhood to help her out. Grandma Melba taught us all how to speak to children, how to treat people, which she passed on through Carl's ways, and onto his children and grandchildren. Voices matter and laughter is a must. Grandpa Stringfellow had that same character, too. He came from good stock.

Carl never met a stranger and he always had a joke, or a funny story for everyone.

We would like to thank St. Andrews Place for being a surrogate family to Carl between family visits. They were deeply saddened by his passing and we are eternally grateful for their help with him. We could not ask for better care than to be able to say, he lived much longer than the average nursing home patient and this was due to the compassion for their friend and patient, "Pawpaw Carl". Thank you to all the workers at St. Andrews Place for being there for him. You are angels in the healthcare industry.

A graveside service will be held at 1:00 pm, March 6th at Mt. Hebron cemetery in Joy, Arkansas.
(Guests are asked to wear a mask, social distance and observe COVID-19 guidelines.)

I'm so sorry for your loss. My condolences and prayers to all the family. I used to work at St Andrews, that's how I knew Papa Carl. He was very sweet AND funny. He will be missed. Take care and God bless!

🌺Comfort to Family and Friends🌺

Sending our prayers and condolences.