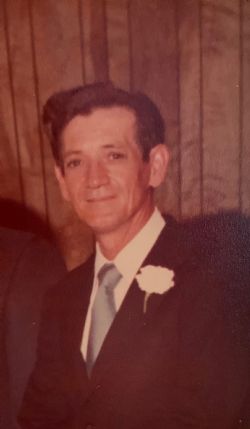 He was a veteran of the Army Air Corps and Air Force Reserve. He retired as a machinist at Reynold's Metal. He surrendered to the call to preach at the age of 28, established a jail ministry and a radio ministry, preaching three jail services a week, before Sunday morning services at his church. He pastored from 1957-2013 and forty years of those years were at Emmanuel Baptist Church in Benton, Arkansas, and would fill in the pulpit for his son, Pastor Michael Doddridge when needed. We are a living legacy of a pastor who loved his flock and always felt it a privilege and honor to pastor his flock. Norris took his calling very seriously, never wandering from the right, nor the left. He fought a good fight, finished the course, and kept the faith. Henceforth this is laid for him a crown of righteousness, which The Lord, the Righteous Judge shall give him at that day, and not to him only, but unto all of them that love His appearing.

Praying for you guys. For comfort and Peace. Love you all !

I worked with Norris at Reynolds. Always willing to help. He never ruffled. He was truly a godly man. I am rejoicing with you, knowing he has just gone to his heavenly home!

My grandpa was a man a fellow loved to look up to. He was a true example of how he wanted his family to live. He was a true servant of our lord and never strayed, always making sure his family put the lord in every decision we make. He was a kind man. He loved his family with his whole heart including his church family. It was a privilege for me to call him grandpa. I love him so much. But i know if i stay the course and follow his advice ill see him again one day. I love you grandpa!

I'm so sorry to hear about Norris. Y'all are in my thoughts and prayers.

I have so many fond memories of growing up listening to Bro. Norris preach and eventually marrying Steve and I. He was such a kind man with a heart of gold. He lived his life as God has instructed us. I can only imagine the celebration as he entered God’s kingdom. Our thoughts and prayers are with you. May the precious memories comfort you in the days ahead.

Prayers to the Family, Norris will be missed here on earth but he becomes God child in heaven and will rest in his house.
Norris was the softest speaking man i know, I loved to talk with him and listen for his message as he always had one if you listen.

Norris, a righteous and faithful servant of our Lord who has reached the goal he has been working toward for many years. Our loss, heaven's gain. We who have loved him and his family will miss him until we answer our calling to that heavenly place. I thank God for blessing us with his friendship.

With sympathy and great love!! Uncle Norris was one of the greatest men we were privileged to know. We know he is rejoicing with the Lord and family that went before. We look forward to seeing him again when the Lord calls us home.