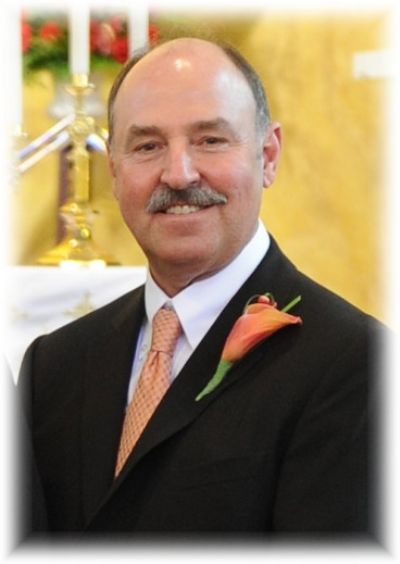 Paul retired from Black Hills Energy after 40 years of service. He was a devoted husband and dedicated father and grandfather, who was always known for his work ethic. Whether at work or home, he was working hard and was always willing to lend a hand to anyone that was in need. He enjoyed working in his garden and volunteering as coach for his children's baseball teams. He served on the Paris Volunteer Fire Department for over 25 years, was a past member and president of the Paris Area Chamber of Commerce and served on the City of Paris Planning and Zoning Committee.

In addition to his parents, he is preceded in death by one sister, Lola Gray and two brothers, J.D. Young and Darrell Young.

Honorary pallbearers will be the Paris Volunteer Fire Department.

Paul and I were classmates from 1st grade to graduation. He was an intelligent, kind hard working guy. Paul was our equipment manager through high school. Coached many little league teams. A devoted husband, father ,family man and Christian. Rest now Paul. You've earned it.

I was Paul’s pastor for awhile. He and his fsmily were very faithful. He was a great guy.

So sorry for your loss. The family will be in our thoughts and prayers.

Paul was always ready to help anyone if he could. He will be missed greatly. Our condolences to his family.

I am so sorry for your loss! Paul was one of my classmates. He was always so nice. Prayers for God to surround you all with love and comfort.

Nathan and Family,
We are so sorry to hear about the passing of your daddy!
He was a wonderful man.
Our thoughts and prayers are with you guys at this difficult time.

Another good man has gone to his eternal reward. Paul and I were friends in our four years at Paris High School. He was so kind and he was totally dedicated to his job as manager for the PHS football team. Later he went to work for what was then Arkansas Western Gas Co. where my Dad worked. I know my Dad came to appreciate and respect Paul as much as me. This is one man who will truly be missed. My sincere sympathy to Paul's family. Celeste Fox, PHS Class of 1973

We are so sadden to hear of Paul's passing. I served with Paul on the Chamber of Commerce for several years and came to love and appreciate what a fine and upstanding man he was. He always respected individuals and their opinions but did not go against his Christian foundation.
Our heartfelt love & prayers to Jane and family.

Paul was a great guy, he helped me patch up a leak in the line going to my business. If not for his help, I would have lost thousands, Although he wasn't obligated to help me because it wasn't company police to patch up private lines, he did it anyway. RIP Paul, I won't forget you.

To Paul's family: He was a great man! I served with him on the Planning and Zoning Committee!! He was always so nice and very knowledgably about what he was doing. I know you have lots of great memories. Cherish them!