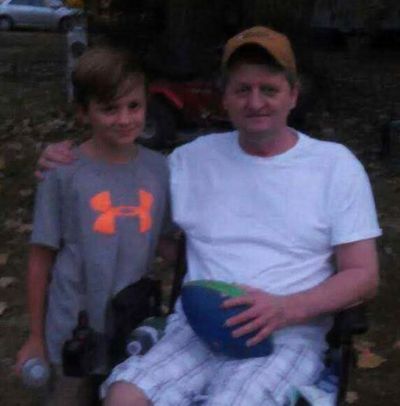 Dale McCafferty, 60, died Thursday, July 7, 2022 in West Memphis, Arkansas. He was born September 9, 1961 in Wynne to the late Luther Jr. and Sarah Elizabeth McCafferty. He married Stacey Turner McCafferty, in 1981, in West Memphis, AR. In his early years, Dale was a traveling Iron worker, he was devoted to his family and enjoyed spending time with his grandsons. He also enjoyed fishing and any type of hunting that was in season.

He is preceded in death by his parents, Luther and Sarah Elizabeth McCafferty Jr. and one brother, Gary McCafferty.

Funeral services will be at 11:00 AM on Tuesday, July 12, 2022 at Roller-Citizens Marianna Chapel with Minister Bobbie Baker officiating. A visitation will be held prior to the service from 10:00 AM until service time, burial will follow at Salem Cemetery in Moro, AR.

Stacy I am truly sorry for your loss. If there is anything you need or if you want to talk just let me know sweetheart. I love you and will continue prayers for you.

I am so sorry to hear about dello.y’all were always some good neighbors

Sorry for your loss! Prayers!

My condolences to Dale's family. He was a good guy and I always enjoyed time spent around him and Gary and all of the Andrews cousins of theirs in Turrell. RIP my old friend and fly high until we meet again.

You will be truly missed you were a good friend and neighbor.