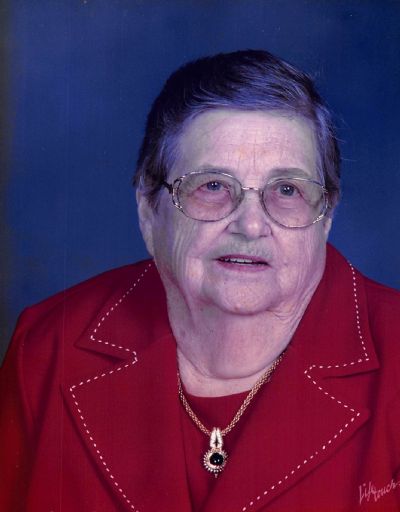 After living for nearly a Century, Deanna 'Raye' Williams passed on May 19th, 2022 at the age of 99 years. Raye was born in Choctaw on September 16, 1922. She was one of four children who were lucky enough to have Chester and Leona Pearl (Weaver) Baker as their parents. She was predeceased by her beloved husband, Grady Williams and both her brothers; Wilburn Baker and Grady Baker. Raye is survived by her children; Mickie Wellwood and husband Jay of Atlanta, Jackie Williams and wife Karen of Clinton, Jan Kariya and husband Chris of Russellville; sister, Macie Huggins of Clinton and numerous grandchildren, great grandchildren and great-great grandchildren.

Raye wasn't fond of her name Deanna and preferred to be known simply as 'Raye'. She fell in love with Grady Williams whom she loved with all her heart. They were happily married for nearly 50 years and were blessed with 3 children; Mickie, Jackie and Janet. Raye (and Grady) were members of the 'greatest generation' that helped define and shape America today. Surviving the Great Depression and lifting America out of World War 2 where Grady was called up by the Army and served in Burma. After the War, Grady returned home and they were married in 1943 here in Clinton, at the 'Red Shanty Cafe'. Raye often told others how she had to pay for both the Preacher and the Marriage License. After they were married, Raye and Grady settled here in Pee Dee. Back in those days, work was scarce in this part of Arkansas, and often the wages were very low. To supplement their income, they would travel out of State to work the harvests out in California. Often picking oranges and hops, returning home to Clinton after the harvest seasons were over. Raye didn't care for picking hops since they made her itch. After they had Mickie, they continued to work the harvests in California, then along came Jackie. At this point, they started to travel not as far, finding themselves picking Cotton in Missouri and then later, finding work in the canneries in Indiana.

Raye and Grady started with a small amount of land and began farming here in Pee Dee. Then as they expanded their farming operation by raising chickens, along came Jan. For several years they worked together, raising their family with all of the children graduating High School. Back in those days, not everyone got the chance to finish High School and often the children were called upon to help the parents in the fields and in the home. After the children left home, Raye and Grady continued to work the farm, raising chickens and then turkeys, before transitioning to cattle in the early 70's. They finally retired from farming in the late 80's. Grady left us in 1993. Raye passed the time by taking up quilting and made sure that every child, grandchild and great-grandchild got a homemade custom quilt, which are highly prized by all. Raye always had an eye for lovely dolls, collecting over 100 dolls over the years. Always being resourceful, Raye and her sister Macie, took to making scented trivets that were sold in gift shops for a brief period of time to make a little extra cash to satisfy her love of doll collecting. Being the industrious person who couldn't stay idle for long, Raye then applied her quilting skills to make lap quilts for anyone who wanted or needed one, making and giving away well over 100, which are prized by all that have one.

Only recently did Raye find herself needing living assistance, living at home by herself until she experienced a fall in her home this past December. Raye lived a full life, seeing and experiencing many things and was loved by all her knew her.

I just today heard about Aunt Raye's death. My condolences to Jack, Mickey and Jan. I have fond memories of times spent with Aunt Raye and Uncle Grady. She was my last aunt. May God bless her family. Love, Mary Lou Williams McGowen

Prayers for the family 🙏

Susan and I were saddened to learn of the passing of 'Aunt Raye'. She saw many things during her lifetime. Some were good and some were not so good, but through the good and the not so good times she ALWAYS had a twinkle in her eyes that made you think that she knew something that you didn't and that "it's gonna be just fine". All that knew her have special memories that won't soon fade.

So sorry for the loss of Aunt Raye. She was a grand lady. I have many fond memories of her. Prayers to all your family.