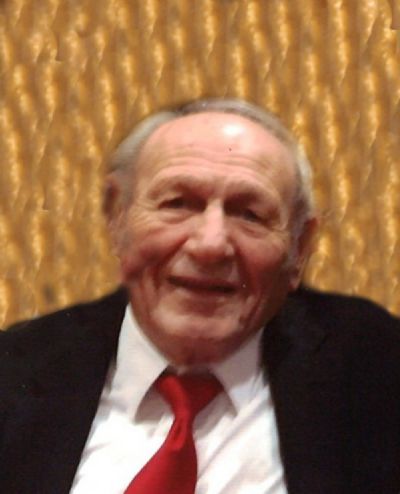 James Samuel Hookman, 94, passed away April 10, 2022. Originally from Chicago, Jim had resided in Fairfield Bay for 36 years. He moved here with his wife, Doris. They both enjoy retirement and golfing in their new home. Doris passed away in 1991 after 39 years together they had three children his favorite daughter, Diane of Chicago Illinois, oldest son, Kenneth of Corpus Christi Texas and Robert of Fort Wayne Indiana.

Jim and Bonnie were married in 1993 and had a wonderful 28 years together traveling and enjoying each other. They were members of the Fairfield Bay United Methodist Church. Jim's favorite things where golf, rotary, traveling, and family. He also belonged to the Lions Club. Jim was a World War II veteran, serving in the occupation of Japan. He was proud of his service to his country. After his service in the United States Army, his career years he spent working for the railroads. He called companies for their freight business and became Sales Manager before retiring in 1986.

He was predeceased by his parents; Lawrence and Florence (Bedwell) Hookman, brother, Harry, sister-in-law, Connie, his first wife, Doris and beloved grandson, Michael.

Jim's family would like to thank the home health caregivers, Ozark Health Hospital and Conway Regional Hospital for their comfort and care on his behalf.

A memorial service will be held in his honor on Monday, May 23, 2022 at 10:00 a.m. at the Fairfield Bay United Methodist Church in Fairfield Bay, Arkansas. To express condolences online please visit www.rollerfuneralhomes.com/clinton

Dear Bonnie and Family. We are so sorry to hear of Jim's passing. He was a special and unique man of many talents. You both were wonderful friends to my parents Claude and Zoe and they cherished their time with you during your many visits to Chicago. They always remarked at what a beautiful couple you made and loved hearing of your travels. We send you our deepest sympathy and warmest prayers during this difficult time.

Bonnie, sending you love and sympathy. Jim was a great guy and had a nice long life. He will be sorely missed. All my love and friendship I am sending to you.