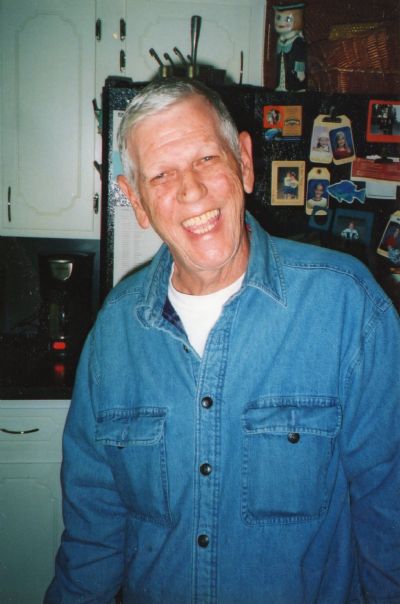 
It is commonplace if not expected that brothers take up for each other, especially in boyhood. And if the fates are kind to us, this bond of blood doesn't change when old age suddenly presents itself like some disheveled stranger, staring back in the mirror. My brother Don was a fine man, a devoted husband to his wife Neta, and a loving father to his two children, Angela and Jeff.

Donald Dean Evans was born in Little Rock on December 9, 1944, the third son of Maxine Clark Evans and Chester Emmett Evans. He was proclaimed the 'best looking' of the three boys, which was ultimately if not grudgingly acknowledged by his two older brothers, Clark and Ronny. All three attended St. Edwards Catholic School across from MacArthur Park, and then attended Catholic High School.

Don met his future wife, Vinita May Riggs while in his early twenties, and on their first date in Little Rock she exclaimed to him, "I'm going to marry you." And she did. Don spent over half a century living with and loving his wife Neta, so it was only natural that when she lost her battle with life in 2018, he felt lost without her by his side. It was perhaps in a dream about his beloved Neta that she came to him saying, "Come embrace me, dear husband, for I have missed you also. Now we can be together like before."

Other than his family, throughout Don's life fishing was his greatest enjoyment, that and his great affection for the Arkansas Razorbacks, both on the court and on the grassy fields. Win or lose, you never saw a man enjoy himself so much at the sight of thousands of people screaming "Woo, Pig, Sooie, Razorbacks!" Not a drinker, he was intoxicated with the Hogs. The Razorbacks have lost an extraordinary fan and native son.

Later in life Don became an avid collector of fishing lures, both new and vintage, and assembled an impressive collection which he then built wooden exhibit cases for by hand, all with the quality of fine furniture. His many collector friends will miss his easy-going ways, and his passion for searching and finding something unique.

We his family are now left with warm memories of him as a father, a brother, and a fine man who made the world a better place through his presence. Relatives are daughter Angela Evans of Fayetteville, Arkansas, son Jeffery (Michelle) Evans of Mayflower, Arkansas, grandchildren Grace Wetherington of Fayetteville, Arkansas, Rachel Wetherington of Little Rock, Hope Meinecke of Cedar Rapids, Iowa, Jarod Evans and Sara Evans of Maumelle, Arkansas, brother Ron (Jane) Evans and nephew William Perry Evans of Charlottesville, Virginia, and brother Kyle (Cecilia) Kerby of Plano, Texas,

A private burial was held on Friday, March 4, 2022, at Edgewood Memorial Park Cemetery. In lieu of flowers, please make donations to Ozark Highlands Trail Association or plant a tree.