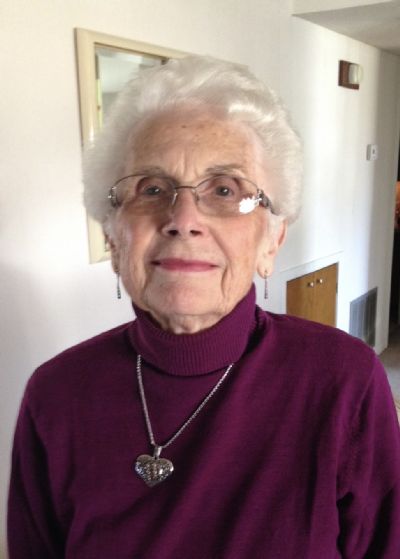 She spent her life working alongside her husband, Frank B. Curtis, for 71 years as a preacher's wife and serving as the church secretary. The last 44 years were spent at the School Ave Church of Christ in Mountain View, Arkansas.

Earline was an excellent seamstress and made the wedding dress her daughters wore in their respective weddings. She passed the love of sewing on to her daughters and her daughter-in-law.

For several years Earline was known as the "cake lady" around Mountain View. She made hundreds of wedding, anniversary and birthday cakes for people in the community as well as countless cakes for her friends and grandchildren. When her grandchildren were visiting they always loved her icing finger worms and flowers. She would also decorate graham crackers for special treats as well as their choice of a birthday cake. Carrot cake was the favorite, and she even made a wedding carrot cake. She was an excellent homemaker.

Earline is preceded in death by her husband, Frank B. Curtis; her parents, Ray and Elsie McGee; one brother, Lee McGee; one sister, Rita Clarkson; one grandson, Brian Corum; and one son-in-law, Arthur Lee Hudkins.

Earline was loved and respected by her friends and family.

In lieu of flowers, contributions can be made to Paragould Childrens Home, 5515 Walcott Road, Paragould, Arkansas 72450, or to Sierra Bible Camp, 2042 Trailview Dr, Redding, California 96003.

We grieve her loss and will miss her touch and we praise God for her life of love.

My sincere sympathy in the loss of one of the kindest ladies I have ever known. She and Bro. Curtis always met you with a smile and something nice to say. I cherish the friendship and kindness shown to me, and it was always such a pleasure to see them.

Mrs. Curtis was a very kind lovely lady. She made cakes for my family. We enjoyed knowing her. Praying for her family!

So sorry for your loss.