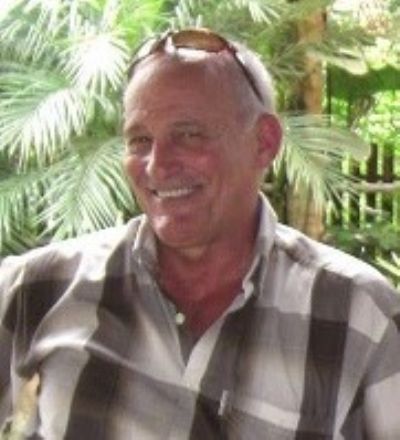 William (Bill) Simon, 73, lately of Little Rock, Arkansas, passed away on Saturday, November 6, 2021. He was born in Chicago, Illinois on October 16, 1948, to the late Irving Jerome and Betty Cutler Simon. He was the oldest of 4 boys.
Bill spent his early years playing Little League baseball and guitar in a band. At 18 he enlisted in the Army and was stationed in Vietnam where he earned a Bronze Star.

After transitioning out of the Army, Bill built a plant maintenance business in southern California with his cousin. He later moved to the Bay Area where he raised his daughters. He enjoyed sailing around the San Francisco Bay. That enjoyment led him to move to the big island of Hawaii with his brother, Steve, where he worked in the tourism industry.

Vietnam related illnesses forced him to retire and he moved to Chiang Mai, Thailand where he met and married Amolrat (Grace) Maneepairoj and remained there with their dogs, Mac & Jillie. In March of 2020 he moved to Little Rock to be treated at the VA for his illnesses. One and a half years later Grace was finally granted a green card to join him there.

He is survived by his wife, Grace, daughters Christine Hyde and Phoebe Barela (Chris), 3 grandchildren, Shane and Sage Barela, and Jessie Hyde; 2 great grandchildren; and brothers, Steve, Barry (Patti), and Sheldon; and multiple nieces and nephews.
If you are so inclined to send a gift, the family requests that you make a donation to a charity of your choice, or to either of the organizations below. Both organizations help veterans with disabilities by providing a service dog to them at no charge.