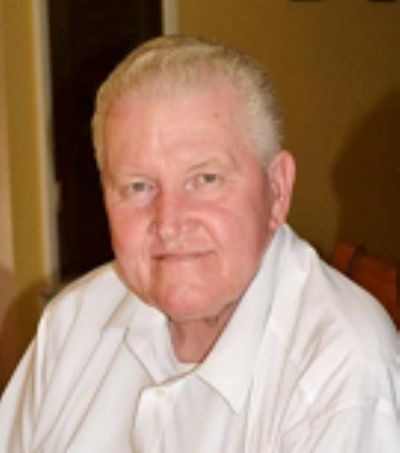 Tommy Joe Vestal, 70, of Little Rock, passed from this life to be with the Lord, September 3, 2021. He was born September 16, 1950, in Monroe, Louisiana, son of Hazel and William Vestal. Beloved father, grandfather, licensed counselor, railroad and music enthusiast. He would casually mention wanting to hop on a boxcar to see where the track went. He loved spending time driving with his kids. Tommy was known to quote his mother on these drives when he almost always got them lost. "Don't worry we've got plenty of gas,'' he'd say with a smile.

Tommy had a story for every occasion. He told about the exotic pets of his youth: a spider monkey (won in a poker game) and an alligator named Frisby (living a contented life somewhere in Bayou Bartholomew). He spoke lovingly of his childhood home Pine Bluff and a lion roaming the streets. He worked on barges where his friend, Tom, once found him accidently hanging off the side silently struggling for dear life trying to not alert any alligators. He had worked for the Cotton Belt as a brakeman and conductor. Though he was paid severance from the railroad there was never another job he spoke of more fondly. Later in life, he went back to school achieving honors in his master's degree in counselling. He worked as a counselor for over 20 years and was happiest when helping those most lost.

Tommy was a true believer who fervently prayed for the city in which he lived. He was known for temperance and patience. He genuinely cared for others which made him a great counselor and friend. He cared for his family deeply and strived daily to exhibit the love of Christ towards those around him. To his children, he instilled patience and kindness. He would talk about his faith as though he could reach out and touch it. By example, he pushed others to study and deeply examine what it means to follow Christ.

He was loved and will be missed by all those who had the pleasure of knowing him. Tommy leaves behind a sister Hazel, a brother William Wesley, two sons Stephen and John, a daughter Sarah, two grandchildren Abby and William, and a lifelong best friend of 65 years Tom Pitts.

We mourn for our loss, though we know that he celebrates for his gain.
''A Christian life is an unending engagement on the battlefield'', Watchman Nee.

Visitation will be held Friday, September 10, 2021 from 10-11 am in the chapel of Roller Chenal Funeral Home. Funeral services will follow at 11.

So sorry he's gone. I worked with him at Little Rock Community Mental Health Center and again, later, at Living Hope Hospital. He was a loyal friend, and was always there when needed by others. I don't recall anytime someone had negative thoughts or comments about him. He's in a good place now, for ever and ever.

Tommy was a colleague (prison & Living Hope) more importantly one of my best friends (brother in Christ). We roomed together at AACC world conferences held at the Opryland Hotel. Today he rejoices in Heaven.

I worked with Tom at Living Hope for many years. He was a big bear of a man but had a kind gentle demeanor and sweet godly wisdom. Our gang from Living Hope enjoyed wonderful times. I'm remembering meals, laughs and sorrows we shared together. I know Tom will be missed. Welcome home my friend.

I am so thankful having the pleasure to know and work with this sweet man! Rest easy, Tom. I will miss you.

Mr Tom, as his many clients and coworkers called him, was a wonderful blessing to all of us that worked with him at Pinnacle Pointe. His calm demeanor and presence was a comfort to the kids he counseled, as well as to his coworkers. I couldn’t have asked for a better therapist on my team. I’m thankful that I had the chance to know him and work with him. Peace and comfort to all his friends and family ❤️

I met and worked alongside Tom at Living Hope. He was kind, gentle, and a voice of Christian wisdom. I love that you’ve quoted Watchman Née…Tom introduced me to him!
Rest in Jesus’ arms, Friend. I’ll see you soon.

Condolences to the family, Tommy was a few years behind me in school, but Perry Hope always spoke well of Tommy in later years. While I was band director at UAM in the 80s, Tommy decided to get back to college. It was a joy to be his Band Director.

Sympathy and Prayers for the family.

I worked with Tom at Living Hope. What a fine Christian example he was. I will always remember him praying with me when my brother was so sick. May he rest in love and peace.

Rest in PEACE Tommy. I am glad to have known you. Praying for you and your family.

To Tommy's family: please accept my sincerest condolences for the loss of Tommy. Although we parted ways after high school, it sounds as though he had a very interesting and successful life. I know he will be greatly missed.

Praying for the family.