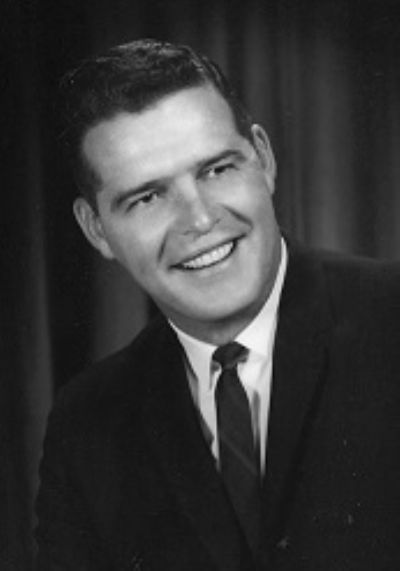 Donald Eugene 'Mazzanti' MacFarlane, 89, of Little Rock, passed away on September 5, 2021, after a courageous battle against Alzheimer's Disease. He was born in Sedgwick ,Kansas on October 13, 1931.

Donald grew up in Lake Village, Arkansas in a large Italian Catholic family. He graced everyone with his beautiful voice by singing in church choirs and many social functions. He was a star football player and attended college on a football scholarship. He loved to fish, travel, and enjoyed life to the fullest with a smile on his face.

Donald retired from the Department of Agriculture as an Auditor. He served four years in the United States Air Force and thirty-six years in the Arkansas Army National Guard. Don is a Korean War Veteran and retired as a Command Sergeant Major, CSM.

He was preceded in death by his parents Ned and Neva Mazzanti of Lake Village, AR, Eugene MacFarlane of Kansas; his wife Joyce MacFarlane of Sherwood, AR; and stepsons Mike Wilson and Billy Wilson.

Mr. MacFarlane was a true Gentleman, whose powerful smile and presence left anyone who met him appreciative of their time with him. He was a kind, considerate and special man. He was a blessing to us all. God speed to his family and friends. Heaven has another gentle warrior now. With love,

Thank you Donald for your service to our country. You made it a nicer place.

We were so sorry to hearing of Don's passing. He was a real inspiration to those around him by greeting everyone with a smile on his face.

He will be remembered by us and many others.

Scott, I’m so sorry to read of the loss of your dad. My thoughts will be with you and your family in the coming days and months.

Mr. Don you were a good man, and a true patriot. You will be missed on earth, but you are in a greater place now walking with Jesus.

Don was such a gentleman. I've known him for many years through Moose Lodge 942. He treated everyone fairly, and was there to have a good time, while enjoying meals and entertainment. I've missed seeing him the last couple of years.

To his family and friends, may the Lord God give you strength and courage. Each day is a challenge for all of us, and some of us truly know how hard it is to lose our loved ones. May you be comforted, knowing we will see them again one day.

Rest in Peace, Don. Your battles are over, dear friend.

I will always love you dad. I am thankful I had you in my life.

We extend our sincere sympathy to Don’s family. I will always remember the fun times with him and Aunt Joyce, especially celebrating Christmas Eve each year at their home.