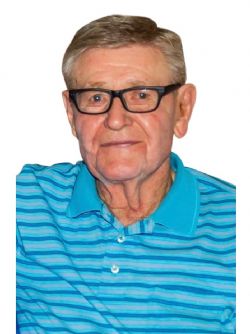 i miss my Coach, Bert and Cindy your in my PARYS.

Mr. and Mrs. Kell were the ideal people in my opinion. I often wanted to be an adopted member of their family especially after my parents had passed. They both lived exemplary lives and I will miss them. It does bring me joy to think of them together forever in their eternal home with so many loved ones gone before them. God's Blessings to all of the Kell family.

He was such a great man. Prayers for his family

Good man as you would ever want to meet and know. Family as good as gold both will be missed in the community.

May your father go from strength to strength in God's tender care.
With love, Vince, Nada, Dina

Love and Prayers lifted to Family and Loved Ones. Thanks for Your Service and Rest in Heavenly Peace Coach Kell.

From all the members of the American Legion Post #5 of Marianna, we morn the loss of one of the corner stones of our community and our veterans organization. For 77 years Mr. Kell was a faithful member of Post #5 and supported the veterans of Lee Co. and the Nation. We sadly say fair well to our brother at arms. We salute you sir and my your legacy live on.
Dennis Watkins SR.
CMD. Post #5 Marianna.

I loved my visits with him and Betty Sue. I learned alot about WWII from Kell Some folks may not know this —Kell was the man who told “ Elvis to leave the building !!”

I am so sorry for your loss Cindy and Bert. Both parents were a blessing to see. I would go over when they called and both would be sitting next to each other in a very big smile. I loved seeing them. May God bless them and hold them till we all meet again.

It was always a joy to see Mr. Kell. He never complained and always so kind.