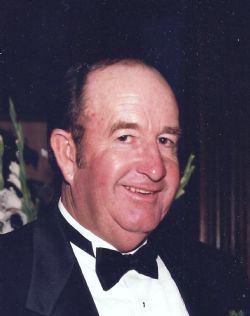 James "Devoe" Woodworth, age 78, died on Tuesday, September 15, 2020, at 8:07 a.m., of congestive heart failure, a battle he fought for over 9 years. He died peacefully in his sleep. Devoe was born in Compton, Arkansas, January 4, 1942, to Agnes Francis Barnes and Ernie Bartlett, both of Compton, Arkansas.

Devoe was widely known in Boone County, Newton County, and Carroll County, Arkansas. After many years as a pipeline heavy equipment operator turned Superintendant for Staid Pipeline Company and others, his heart and blood pressure problems forced him to go to work with Boone County Road Department in Harrison, Arkansas, for a total of 16 years, where he retired as Road Foreman in December of 2004. Devoe had to be busy so he went to work in Carroll County as a heavy equipment operator turned Road Foreman when Sam Barr won the County Judge election in Carroll County. Devoe remained there until his death. He had worked with several different county judges over a 32-year span in both Boone and Carroll Counties. He requested that men from each county carry him to his grave. He is honored by men from both counties wearing the colors of their uniforms.

Devoe is also survived by his mother, Agnes Francis Woodworth, of Compton, Arkansas; four sisters, Melva Kitchens of Naples, Texas, Peggy Roberts and Rita Woodworth, both of Compton, Arkansas, and Kathy McCauley of Pleasant Hill, Missouri; and a whole host of nieces and nephews that he loved so dearly. Special thanks go out to two nieces, Traci Ohler, RN, and Tami Haralson, a hospice worker, for the last 12 years as caregivers who helped his wife care for Devoe in his final days.

Pallbearers were Boone County Judge Robert Hathaway, Judge's son, Chad Hathaway, who have been members of our family for more than 32 years, and James Still, from Harrison. From Carroll County pallbearers will be Jim Kelly, Kevin McCarty, and David Riter.

Honorary Pallbearers were Dr. Tom Langston and his wife Cindy, Tosh Springer, his secretary at Carroll County, Carroll County Judge Sam Barr, his friend for 40 years, James Erton McNair, Kevin Roberson of Anstaff Bank, another friend of more than 30 years, and more than 6 doctors who tried to save him in Fayetteville, Arkansas.

Interment was at Alpena Cemetery in Alpena, Arkansas.

So sorry to learn about the passing of Devoe. Lots of memories of Devoe being one of the stand outs in our senior class at Valley in 1959. Prayers of comfort and peace to the family!!

We have many great memories of Devoe. He worked for our company, Staid Pipeline, for many years. Mort still talks about his times on the pipeline and I remember him for being so helpful to me and the girls at our office. Mort and I were talking about him the other day because we would get tickled when he called in the daily hours for each worker he would give us a name of say Fuzzy and we told him we didn’t have any papers for a Fuzzy and he would laugh and tell us he wasn’t sure what Fuzzy’s real name was. Prayers to your family for the loss of a great guy. Janet & Mort

I am sad to hear of Devoe's passing & also his Sister Brenda I hadn't known about her passing. Agnes & Family were close friends of my late parents,Hobart & Mary Davis, late Brothers Hobart Lynn & Jimmy "Red" Davis & late Sisters Charlene & Linda Davis. Being the last of my family I send my sincerest sympathy & Love to Devoe's Family. Sharon Davis Cayer