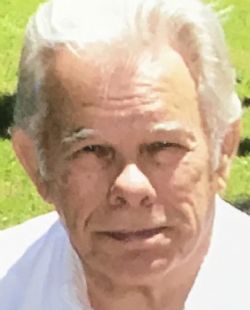 Henry Napoleon Harrison, 82, born December 8th, 1937 in Tull, Arkansas, at what is known as the Old Tile Place, took his last struggling breath when he reached out to take the Hand of his Savior as he entered into Glory Land at 5:40 p.m. March 7, 2020 at Arkansas Heart Hospital.

As a young child Henry walked up the isle at Saline Missionary Baptist Church holding his Mom's hand to accept Christ and asked to be baptized in the Saline River. Later in his life he started attending Corinth Baptist Church in Sheridan, Arkansas holding his wife, Eva's, hand.

In his life he worked as a Union Plumber and a Skilled Welder, but his greatest obsession was with speed. He drove for Mike Himes in the 1960's. That helped him show his abilities and start off his dragster racing career where he had the chance to show it at NHRA Drag Racing Circuit. He held the National Records in both the Top Fuel Dragster and Funny Car Class. He was the premiere driver for Mickey Thompson, and also had the privilege to work for Don Garlits. One of his accomplishments was becoming the California Division Funny Car Champion in 1978. He started driving cars in Little Rock and went as far as Mexico City, Australia, and other countries.
Later, he received training and developed new helpful skills from a great Teacher such as yardwork, gardening (he loved his Eva's cooking), how to run a vacuum cleaner (where he started racing it around the house), and helping around the house with other chores. His ability to do this made us ALL SMILE!

Henry and his silver hair pompadour (husband, Dad, Grandpa, Uncle and Friend) will be missed greatly and forever in our hearts. He is now running at God's Speed and Grace on the Streets of Heaven.

Service will be held on Friday, March 13, 2020 at Saline Missionary Baptist Church in Tull with visitation beginning at 10:00 a.m. and funeral service beginning at 11:30 a.m. Final resting place will be at Ebenezer Cemetery in Tull next to his parents, baby sister, and brothers.

I have great memories of Henry. His first time back to an NHRA event in early 2000 was nothing short of amazing to see him rekindle old friendships from years gone by. I am proud to have called him friend. Rest In Peace Henry and may heaven provide you with unlimited runs down the drag strip in heaven.

Henry & Eva have always been great neighbors for many years.
Always enjoyed sitting on the porch and trading stories with
Henry. Will miss him always.

God Bless you all, Henry was a great guy. Was lucky enough to see him race a few time.