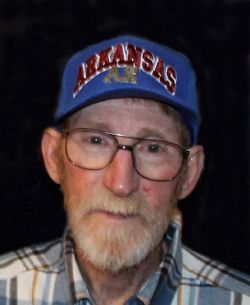 Warren "Butch" Redden III, 69, of Benton passed away Wednesday, September 4, 2019 at UAMS Medical Center in Little Rock surrounded by family. He was born November 28, 1949 in Benton to the late Warren "Buck" and Marie Redden and was of the Methodist faith.

He was also preceded in death by his wife of forty-one years, Helen Irene Redden; brother, Timothy Redden; and son-in-law, Tom Davies.

He was employed at Smith Fiberglass for over 40 years and was an avid Razorback and Dallas Cowboys fan. He enjoyed watching his grandchildren play sports. While small in stature, he had a big personality and was known for his feisty spirit. He left a lasting impression on all who knew him and will be greatly missed.

I am sorry to hear of your loss. He was a good man. I enjoyed running into him and catching up. You are in my thoughts and prayers.

So sorry for your loss. Butch was a high school classmate and always very kind to all who knew him.

Warren and I became friends our senior year at UCA. We had several classes together and practice taught at the same school. He was such a nice guy and had a wonderful sense of humor. My thoughts are with his family.

I am so sorry to hear about Butch, my thoughts and prayers are with your family. God Bless

My condolences to the family of Warren "Butch" Redden. Butch is my first cousin, I've known him my whole life. Our families did a lot of camping and fishing together growing up. On one trip it was just Butch, me and Papa in the early Spring on Ouachita. It was really cold, but we sure had a great time! He's also in our old home movies from about 1957 and up. Many good memories! He will be missed.

I knew Warren (Butch) two different ways. I worked with him at Fiber Glass Systems first and he was always nice to me and helpful. Then I married his first cousin, Jeff Caple, and we became family to each other then. I saw him at some of the family reunions, including last year. He will be missed and I give my condolences and prayers to all.