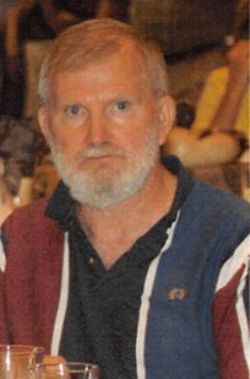 James T. "Doodle" Howell Sr., 77, of Alexander, passed away Wednesday, October 18, 2017. He was born January 28, 1940 to the late Layton Howell and Elizabeth Turley. He was also preceded in death by his wife, Sandra Howell and three brothers, Billy Earl, Bobby Jean, and Charles Howell.

Doodle worked as a Millright at the Armstrong Rubber Company for many years. He belonged to the Masonic Lodge #743, the Eastern Star, and the Atkins-Wagnon Hunting Club. He was an avid outdoorsman, and loved spending his time hunting and fishing.

Condolences for the loss of your father and best friend. May you find peace in God’s arms.

We are so sorry for your loss. Our prayers are with you.

Jim, Layton, & Grady,
There are no magic words to easy the pain. However if just for a split second picture your parents face as they see each other. The happiness they are sharing I hope lessens your grief a bit. I know and understand the loss, it sucks! You are my brothers from a different set of parents. Love y'all if you need me call me don't worry about the time, I will be there.

Dear Grady and family,
We share your grief and deep sense of loss. Your Dad was very special to me, Jerry and Carol Ann. We will miss him terribly.

We are thankful to have known Pop. He will be very much missed. Our prayers will be for you in your time of loss.

Layton, so very sorry for the loss of your father. Keeping you in our thoughts and prayers.

Jimmy, Layton, Grady,
So sorry to hear about your Dad. You are all in our thoughts and prayers.

JT was an awesome person and will be missed dearly. Grady we are praying for you and your entire family. Lots of Love and Peace to you all.

May the family be comforted by the fact that James is now at home and with Sandra. Prayers that the memories of a lifetime will always be close at hand to lift your spirits in the years to come. GOD BLESS you all. In christian love, Gary and Donna Howell

Sorry for your loss.