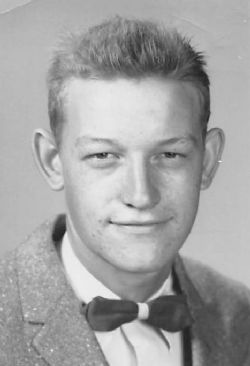 Thomas W. Session "Mr. Tom", 76, of Benton passed away Saturday, October 14, 2017 at home surrounded by loved ones. He was born June 13, 1941 in Jacksonville, AR to the late Henry and Clara Session. He was an active member at New Life Baptist Church of Avilla for many years.

worked with Tom many years at Jacuzzi Bros. Tom was a friend to everyone. Never heard a bad word from his mouth. R.I.P.my friend.

Tom & I worked together as supervisors for many years at Jacuzzi Bros. Tom was a good man who never met a stranger.
Prayers for Tom's family.

I'm so thankful that we were blessed to know Mr. Tom. He was like a special 'Church Grandpa' to my oldest daughter. He always carried a notebook and pen in his shirt pocket and she would write him little 'love letters' so that's what he called her. I look forward to seeing him again. - Sincerely, Jenny

So sorry to hear about Tom. He was a wonderful, kind and his love for the Lord showed in all that he did. He will be missed

Worked many years with Tom at Jacuzzi. What a delightful person he was. Always a smile and a positive attitude. Rest in peace, Tom... Prayers for the family.

Mr Tom will be missed by a church full of thankful people who witnessed his love for everyone especially the youth of New Life Baptist and his love and faith in Jesus Christ. He was a beacon for all to see.

I never knew Tommy, but did know his parents and sisters. My condolences to all of the family and friends.

I’m am saddened to hear of Mr. Tom’s passing. I will keep his family in my prayers. I enjoyed visiting with him at CARTI. He will be missed.

Im sorry to hear about Tom passing to rest. He was neighbors with the Hargrove family for a number of years on Highway 5 in Benton. Condolences and sympathy to your family. May God give you comfort and peace.