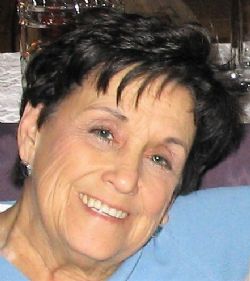 Anita Jo Fuller, 81, of Hot Springs Village, passed away September 9, 2017 in Little Rock. She was born February 5, 1936 to the late Everette and Inetha (Hussey) Young in Nashville, AR.

Mrs. Fuller was of Baptist faith, a member of Owensville Baptist Church, and worked for Maralo, Inc. of Houston, TX as a Division Order Analyst.

She was preceded in death by her parents.

Funeral Services will be held immediately after visitation at 11:00 AM at the Church with Bro. J. D. Courtney officiating. Interment will follow at Owensville Cemetery. Serving as pallbearers will be Trent Fuller, Rusty Pipes, Tyler Perkins, Lewis Baker, Ron Martz and John Michael Spenick. Honorary pallbearers are Cal Kellogg and Terry Perkins.

Lee,
I am so sorry to hear about your mother's passing. I see you in her smile here in her picture. I love you and will be praying for that special comfort that only Jesus can give for you and yours.
Thinking of you all on this most difficult of days.
With love and prayers,
Susan Tuberville