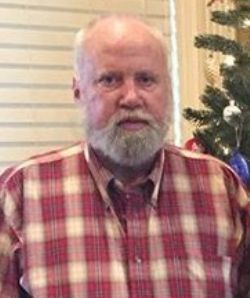 Tim was a long-time member of Stride House in Benton, AR.

Funeral service will be held at 10:30 a.m. Wednesday, August 23, 2017 at Mt. Harmony Missionary Baptist Church in Haskell with Bro. Stephen Westbrook officiating. Interment will follow at Mt. Harmony Cemetery. Serving as honorary pallbearers are the members and staff of Stride House.

Funeral arrangements under the direction of Roller-Ballard Funeral Home (315-4047).

In lieu of flowers, donations may be made to Stride House Community Support Program, 307 E Sevier St, Benton, AR 72015.

So sorry to learn of Tim's passing. We graduated from High School together, so I feel like I've lost a family member myself. Condolences and prayers to all who were closest to him. I'm sure he will be missed!

Our thoughts and prayers are with you. Randy and Pauline Garrett

Debbie and family, I am saddened to hear of your loss. You will be in my thoughts and prayers. Hugs! Priscilla Wacaster

Debbie - sending love to you and your family through this difficult time. - Karlyn

I am so sorry to hear of Tim's passing. It's been many years since I've seen Tim,or the Gault family but wanted to let Debbie & Sonny know that I'm keeping them in my thoughts & prayers.

Saddened to learn of Tim's passing. We were classmates at Bryant. Prayers for the family at this time of mourning.

May the angels wrap their wings around Tim's family and friends And give the comfort. Amen

So sorry about Tim. Prayers for the family.