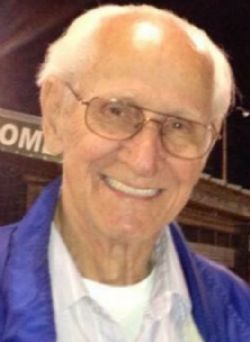 TSgt. David William Hawbaker, U.S.A.F. (Ret.) 86, of Surprise, Arizona, formerly of Benton, passed away on July 8, 2017. He was born on March 8, 1931 in Elmore, Minnesota to the late Bryan Lee and Anna E. (MacFarland) Hawbaker. Besides his parents, he was preceded in death by his wife, Ella Marie Hawbaker.

David retired from the United States Air Force and was a member of Mt. Vernon Baptist Church in Benton.