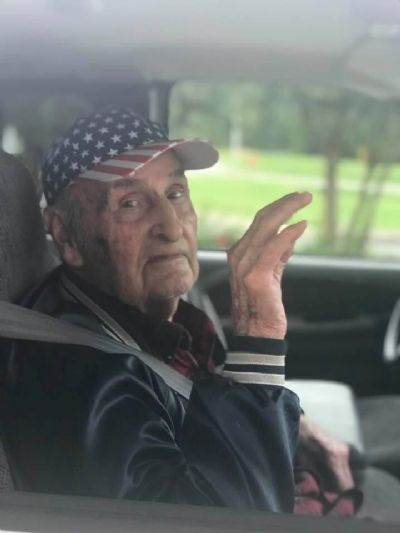 Ted Rowe, 95, of Clinton, Arkansas was born on October 20, 1926 to the late Raudy D. and Lucille Mae (Oliver) Rowe in Seminole, Oklahoma and passed from this life on September 6, 2022 in Clinton, Arkansas. He was a part of America's greatest generation, a veteran of the United States Navy and proudly served his country in active duty during WW II. Ted was a Christian and member of the First Baptist Church in Clinton, Arkansas.

He is preceded in death by his parents and four sisters, Eldine, Clois, Colleen and Norma Jean.

Visitation will be from 1:30 pm to 2:00 pm on Friday, September 9, 2022 at the Roller-McNutt Funeral Home in Clinton, Arkansas. Funeral services will follow at 2:00 pm at the funeral home. Interment will be at Quattlebaum Cemetery in Bee Branch, Arkansas.

To express online condolences please visit www.rollerfuneralhomes.com/clinton. Donations may be made in lieu of flowers to First Baptist Church of Clinton, Arkansas or Ozark Health Nursing and Rehab in Clinton, Arkansas.

Marie and family we are sorry for your loss but better for Ted! He was a sweet man who loved his Lord! God give you all peace with his passing and bless each of you!