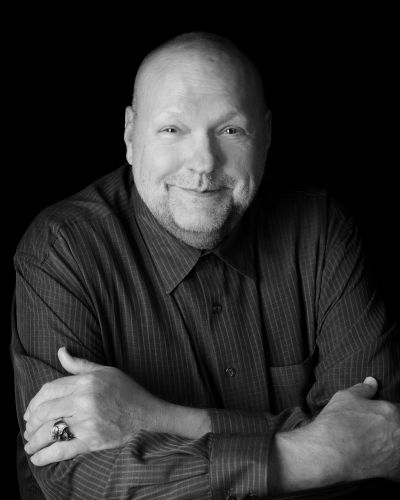 John Larry Goswick, 72, of Conway died Friday, August 19, 2022. He was born September 6, 1949 to the late John Henry Goswick and the late Evelyn Marie Vestal Goswick Sloan. He is preceded in death by his wife of 40 years, Barbara Ann Grimes Goswick.

Mr. Goswick was of the Baptist faith and a member of Central Baptist Church in Conway. For 40 years he served as a worship leader in various churches alongside his wife, Barbara, who served as pianist.

After spending his career in education, John retired as the Director of Instructional Technology at the Pulaski County Special School District. In retirement, he pursued his second master's degree so that he could continue to serve his community in the field of Emergency Management. He worked with both the Arkansas Division of Emergency Management and the Arkansas State Police. John especially loved working with the ASP. Their tactical operations group considered him one of their own as he brought them a whole new world of back up communications. Teaching and mentoring troops was a special love of his and he will be missed by everyone who knew him in the radio community and the ASP tactical operations crew. John's call sign was W5JLG.

A memorial service will be held at Roller-McNutt Funeral Home in Conway on Wednesday August 24, 2022 at 1pm. In lieu of flowers, donations can be made in his honor to Central Baptist College or Central Baptist Church in Conway.

I'm so sorry for your loss. My prayers are with you.

Jennifer and Matthew our hearts and prayers for all of you. Love you ❤

A wonderful Christian friend!
I thank John for all the good memories & his insight into most of life’s challenges!

We are so sad at the loss of another family member but are rejoicing that his is with Our Lord and reunited with Barbara. Sending up prayers for everyone.

John, until he was unable, had public service in his heart. Working with the Arkansas Division of Emergency Management and the Arkansas State Police gave him a lot of enjoyment.

I visited with him often, and he always made sure that I knew he was on the way to Heaven. I know I’ll see him again. Until then, I’ll miss my friend John.

He was well liked and respected.

Prayers for His Family and Friends.

Sorry for your loss. John will be missed.

John was an awesome man who had so many talents. Always enjoyed being around him and Barbara. Keeping his family in our prayers. ❤️

I miss you already John...I love you.

I’ve had the privilege of knowing this fine example of a Christian man for over 30 years.

Prayers for the family, he has fought the hard Earthly battle and won.

He’s with his beloved Barbara now.

Jennifer, Tim, Matt... I can't begin to express how sorry I am for your loss. He loved you and his grandchildren so much. John and I always thought it was kind of funny how I had gone to high school with the two of you, then years later I met John through ham radio and we became good friends. He was so passionate about ham radio, emergency communications, and serving his community. I will miss my friend for a long time. W5JLG, 73 de AA5JC.