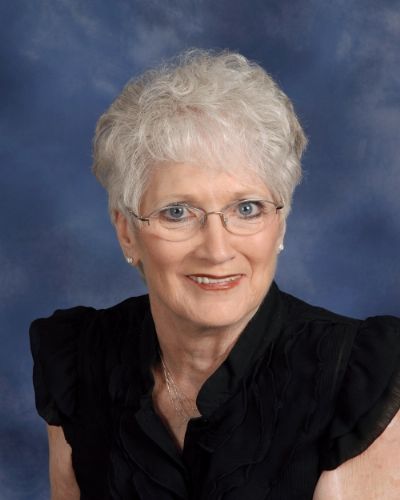 Funeral services for Marcia Raye Ferguson, 82, of Benton, Arkansas will be held on Monday, August 22, 2022 at 2:00 p.m. with visitation beginning at 12:00 p.m., at Little Flock Baptist Church in Many, Louisiana with Bro. Billy Gibbs and Bro. Wayne Chance officiating. Burial will follow in the Little Flock Baptist Church Cemetery. A Visitation will also be held from 10:00 a.m. until 12:00 p.m. on August 20, 2022 at Roller-Alcoa Funeral Home in Benton, Arkansas.

Marcia Raye Byrd Ferguson was born on Saturday, February 17, 1940 to Walker and Elma Speight. She passed away on Friday, August 19, 2022 at Alcoa Pines Health & Rehabilitation Center.

Marcia was born in Shreveport and raised at Barr Lake. In 1957, she married the late Eldry Preston Ferguson, with whom she raised four children, Karla, Gregg, Kristi and Wesley. For the last 29 years Marcia made her home in Benton, the last three spent being doted on by the residents and employees of Alcoa Pines.

Marcia carried many titles to those near and dear to her; Mama, Mamaw, Aunt Marcia, Fergie & Ma Ferguson. She was known and loved by everyone she met. Marcia served as a hostess at Roller-Ballard Funeral Home and worked at Walmart in Many, Louisiana, in Benton and Bryant, Arkansas managing the Jewelry Department, but the majority of her life was spent as a seamstress. There was nothing you could show her that she couldn't sew, from alterations to prom and wedding dresses.

Though Marcia's health kept her from doing many of the things she loved, she showed her heart-felt strength until the very end. She will be dearly missed.

SO SORRY FOR YOUR LOSS,MAY GOD BLESS THIS FAMILY.I THOUGHT MARCIA WAS ONE BEAUTIFUL LADY,WITH SO MUCH CLASS.WE USE TO HAVE A GROUP OF US WENT DANCING,BOUT 12 OF US HAD THE BEST OF TIMES.THEN WE HAD THE BACK TROUBLE & HER HIP.WENT DOWN HILL.I TOOK HER TO DR, APPT. SOME ALSO.YOU WILL BE MISS MY LADY,LOVE YOU MY FRIEND,WISH I SAW THIS WOULD HAVE BEEN THERE FOR YOU . PRAYERS.

I have been Marcia's Sunday School for I don't how many years. She was faithful even when I know coming was all she could do with her frail body. I am sorry that I did not visit her at Alcoa Pines as I should have. I was not able to get to visitation because I now have problems that keep me on a walker and pretty much homebound. Hopefully before long this will be over. One day when I was still flat of my back and feeling sorry for myself, I thought about your mother and how long she had exhibited patience. She was a fine Christian.