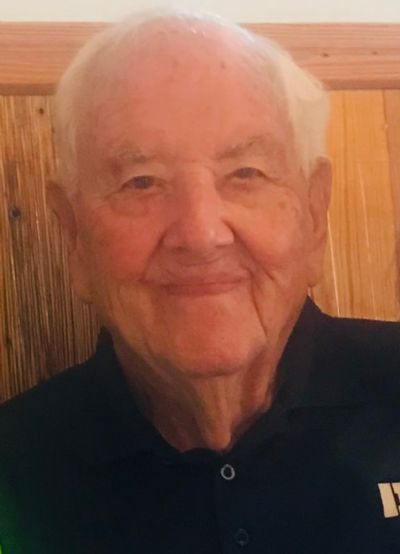 He was born in Wingo, Kentucky to Estell Crass and Dorothy Cullum Crass on July 2, 1928, the youngest of three and the only boy. He lost his father when he was only three and was raised by women who doted and loved on him. They also instilled in him a deep love of God and devotion to the Baptist Church. In 1950, Marvin was drafted into the army and was stationed in Germany. He loved the army and often recounted many funny stories of his time in the service.

In 1955, Marvin met Willa Mae (Billie) Crow at a University of Memphis (then Memphis State College) basketball game. They married several months later and settled in Memphis. He became a Grade Certified hardwood lumber inspector and was employed by Frank A Conkling Lumber Company for many years. In 1973, he started Crass Pallet Service in Memphis and New Orleans. He happily worked at his businesses until retirement.

Among his greatest joys in later life, were his dog Bella and cat Della, both rescued from the shelter when they were only weeks old. He also loved supporting his favorite causes.

He will be remembered for his wit, charm and sense of humor.

Marvin was preceded in death by his parents and his sisters, Rachel Summerville and Louise (Teeny) McNutt.

He leaves his son, Jeff and daughter, Laura; grandchildren, Codi Wells (Kolby) and Cutter; great-grandchildren, Lucas and Jack Wells and many nieces and nephews.

A memorial service will be held at Elison Assisted Living in Oxford in near future. Memorials may be given to the Oxford Animal Resource Center (ARC).

The family wishes to thank all the staff at Elison and Twilia Bishop for their loving care.

My thoughts and prayers are with you. Thank you for your Military Service and your love of animals.

Rest In Peace. You were a bright light and are missed by many!

Rest in Peace my dear friend, you will certainly be missed around here.