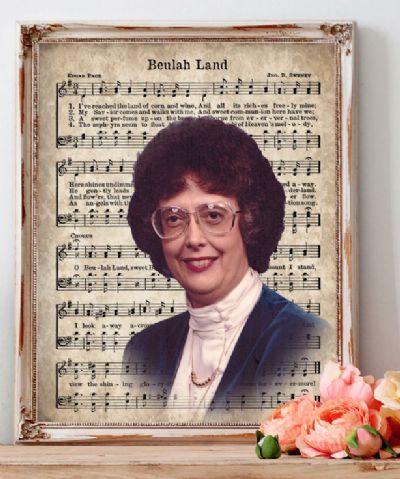 Mina Apple, 83, of Bryant, AR went to be with The Lord on August 03, 2022, after a long battle with cancer. Mina was born on November 20, 1938 to Herman and Dorothy (Bicknell) Lipford in Memphis, Tennessee. After graduating from Brinkley High School in 1956, she went on to study Home Economics at Ouachita Baptist University. After graduation, she landed her first job at Bryant High School in Bryant Arkansas, kicking off a short career as a teacher. She was later employed by and retired from the Small Business Administration. In the meantime, in 1981, she met Billy Apple and they wed later that same year. After retiring, Mina spent her time reading, crocheting, knitting and traveling with her husband, both domestically and abroad. She and her husband also worked with the Internationals at Immanuel Baptist Church in Little Rock, Arkansas.
Mina was predeceased in death by her husband, Billy Apple and her parents, Herman L. Lipford and Dorothy Bicknell Lipford. She is survived by stepdaughters, Chandra Caulder (Earl) of Bryant, Arkansas and Cara Gist (Alan) of Mabelvale, Arkansas; Grandchildren, Danny Bartlett (Amanda) of Shreveport, Louisiana, Billy Bartlett (Crystal) of Malvern, Arkansas, Cassie Rowland (Russell) of Hensley, Arkansas and Seth Gist (Christina) of Boxelder, South Dakota. Great Grandchildren, Kaleigh, Kross and Kiyah Bartlett of Malvern, Arkansas, Christina and Dylan Bartlett of Shreveport, Louisiana, Anna and Aiden Gist of Boxelder, South Dakota and Phineas, McKayla and Joanna Rowland of Hensley, Arkansas.
Visitation will be Monday, August 8, 2022, 6pm to 8 pm. at Roller-Drummond Funeral Home. Services will be Tuesday, August 9, 2022 at 9:30am in the Roller-Drummond Chapel. Interment to follow at Pinecrest Memorial Cemetery at 11:00am.
In lieu of flowers, memorials may be made to the American Cancer Society or charity of your choice.

She's worshipping at the feet of Jesus with all that have gone on before. What a Glory Hallelujah meeting!