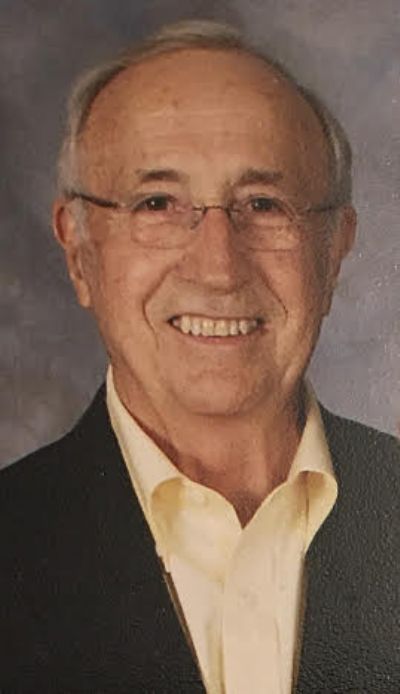 Cloyce Dale Nicholson, age 92, of Mountain Home, Arkansas, passed from this life into Glory on Wednesday, June 22, 2022. Dale was born on April 14, 1930, in Ash Flat, AR, to Cloyce Vernon and Iva (Holt) Nicholson.
In 1953, Dale married the love of his life, Patsy Sue Minton, whom he met while employed with Mid-South Plumbing & Electric in Jonesboro, AR. They celebrated 68 years together, including a successful 50+ year career in the wholesale plumbing and electric supply business. After his time at Mid-South, Dale operated and/or owned similar businesses in Blytheville, AR; Poplar Bluff, MO; and Mountain Home, with Pat often working alongside him. The couple most recently owned/operated National Supply Company in Mountain Home until their retirement in 2011. Prior to this career, Dale served in the U.S. Army during the Korean Conflict.
Dale professed his faith in Jesus Christ for salvation in 1992. He and Pat have been members of EastSide Baptist Church in Mountain Home since 2014.
As an avid gardener, even up to age 90, Dale freely shared his abundant harvest with family, friends, and neighbors. His okra, tomatoes and hot peppers were delicious! He also shared his love of Lake Norfork and fun on it for many years with his family and their friends.
He was preceded in death by his father and mother; his older brother, William Christopher Nicholson; and his son, Richard Scott Nicholson.
Dale is survived by his wife, Pat Nicholson of Mountain Home; three daughters, Kimberly Dale (John) Harville of Enola, Melanie Ann (Jim) Kennedy of Fairfield Bay, Tanda Lee (M.T.) Francis of Tulsa, OK, and daughter-in-law, Jayme Nicholson of Mountain Home; 11 grandchildren, Kate Elizabeth (Joshua) Cloud of Little Rock, William Caleb Harville of Conway, John Daniel (Megan) Kennedy of Rogers, James Alexander Kennedy of San Francisco, CA, Russell Blake (Liz) McMahon of Falls Church, VA, Brooke Dale (Ross) Flinton of Oklahoma City, OK, Meredith Lee Francis and Kirk Evan Francis of Tulsa, OK, Lacey Marie (Adam) Green of Norfork, Stephanie Michelle Kitlen of Grove, OK, and Ashley Carol Nicholson of Mountain Home; nine great-grandchildren, Eleanor Elizabeth and Joseph Hayes Kennedy, Lydia Anne and Claire Elise McMahon, Hunter, Charlie, Amelia, and Chase Green, and Kolton David Kitlen.; and younger brother, Robert Nicholson.
A Celebration of Life service will be planned for a later date. The family wishes to thank the employees and staff at Hiram Shaddox Health and Rehab Center for their loving care of Dale during his stay.
Memorials may be made to EastSide Baptist Church, 718 East 9th Street, Mountain Home, AR 72653; the Alzheimer's Association; or the philanthropy of your choice.

Thinking of You All.
Sending Prayers and Love
I enjoyed working with Dale over the years

I am sending Condolences on be half of Alley-White American Legion Post 52. We did not know he had been ill. Cloyce was a 7 year member of our post and one of the few remaining Korean War Veterans. Hand Salute, TWO!

In our thoughts and prayers,
Phyllis, Alan, Paige, & Andrew Vickery