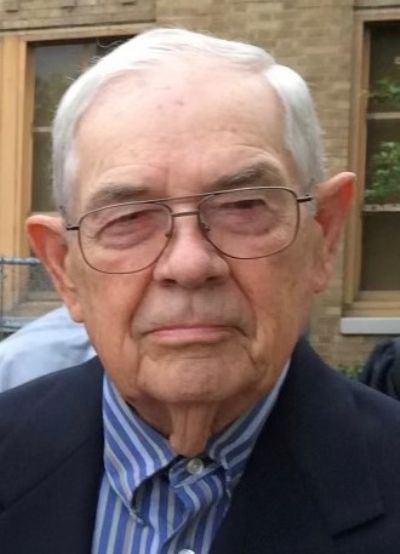 Marion Sherman Pettet of Little Rock, AR passed away peacefully on Monday, May 9, 2022.

Sherman was born at his grandparent's home on the Wilson family farm in Rushville, MO on February 4, 1926. He attended the Rushville public schools, including a one-room school house from first through sixth grade, until completing his senior year. His upbringing on the farm during the Great Depression instilled core values that he exemplified throughout his entire life.

Being an example of the Greatest Generation, he reported for duty in the U.S. Navy before his graduation ceremony to serve in World War II. After the war, he received his mathematics degree from Northwest Missouri State College. During his college studies, he joined the U.S. Navy Reserve and was called to active duty again during the Korean War.

It was during college that he met and married his wife of 70 years, Barbara Overstreet Pettet. She accompanied him to San Diego where he was based during the Korean conflict. After his discharge, they moved to Little Rock, AR where he became a federal grain inspector for the Little Rock Grain Exchange until its closing. He completed his professional career with the U.S. Postal Service.

Sherman was a man of few words but requires many to extol his virtues. He truly can be described as salt of the earth. He was a loving husband, father, and grandfather. He was a role model and an integral part of the raising of his grandchildren.

His lifelong passion was sports, excelling in golf until he was in his 90's. He scored 8 holes-in-one, not making his first until he was 59 years old. He was a proud member of the "DP's" at the Rebsamen Golf Course. Sherman was an avid Razorback fan, never missing a single Little Rock game for over 50 years.

In lieu of flowers, memorials may be made to the Arkansas Food Bank. There will be a graveside service at Pinecrest Memorial Park on Saturday, May 14, 2022, at 11:00 a.m. Funeral arrangements are being handled by Roller-Chenal Funeral Home.

So sorry for your loss! I know how special your dad was to you. You will be in our thoughts and prayers.

Melinda,
I'm so sorry for your loss and my thoughts and prayers are with you and your family. Keep all the fun memories in your mind and catch yourself just laughing and smiling at the good times!

Melinda,
Our thoughts and prayers are with you during this difficult time. I’m sure that your dad lived a remarkable life and you have wonderful memories that will always keep him present in your heart. Peace be with you & the rest of your family.

We are sending our love and prayers to you and your family.