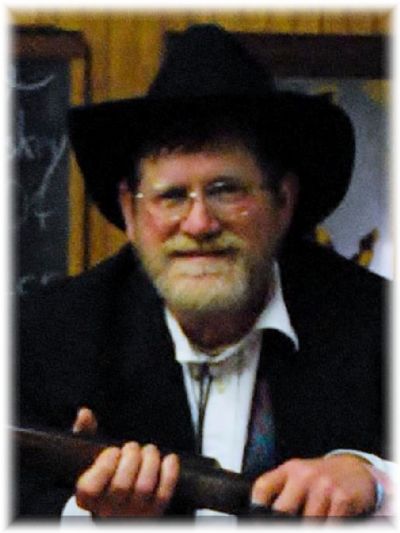 He was born October 10, 1948, in DeQueen, Arkansas to the late Hurvel Oren and Lucille (McMillian) Athey. Gene served in the United States Navy during the Vietnam War as a heavy equipment operator with the Seabees. After his military service, Gene spent his time working as a heavy equipment operator for both the Army Corps of Engineers and the National Park Service. He was of the Church of Nazarene faith. In his spare time, Gene enjoyed riding motorcycles and side by sides which he was a prominent member of the riding group "Let's Ride". In addition to riding he enjoyed deer camps with his sons and grandchildren.

In addition to his parents, Gene was preceded in death by a brother, Leonard Athey and nephew, L.J. Athey.

A memorial service will follow at 11:00 a.m.. Burial with military honors provided by the United States Navy Honor Guard will follow in St. Joseph Cemetery in Paris.

He was a little boy when I left DQ. Knew his family and Leonard. Gene and I became friends on FB. Enjoyed many posts about his “adventures “‘. I have missed him as of late. He never said a word . My heart hurts for you. My condolences to u all💐

Condolences to the family and friends of Athey. It was truly an honor to meet the man that I heard stories about growing up. "We build, we fight, we drink beer every night" cheers to you, SeaBee.

Condolences to family and friends.

old friend your suffering is over, go walk with god

So sorry for your loss

You will always have a special place in my heart. I cherish the memories we have. I Love You.

I served with Gene in MCB-5, "SEABEES" in DaNang in 1969. He was a regular kind of guy, always ready to give you a hand and have a beer with you. We met again several years ago in Branson, MO for a Veterans Day Reunion, same old Gene. Condolences to the Athey family.

I met Gene in Vietnam and we were instant friends! We have been friends for 53 years and we both were very proud of being United States Navy Seabees 🇺🇸 He’ll always be my Seabee Buddy! God Bless you
Buddy 🍺. Until we meet for a beer!

Gene was my best friend of 58 years, boy could I tell a lot of stories of all the trouble we got into, We also had a lot of fun. I am just in shock, we have been friends a long time. Rest in Peace my Brother.