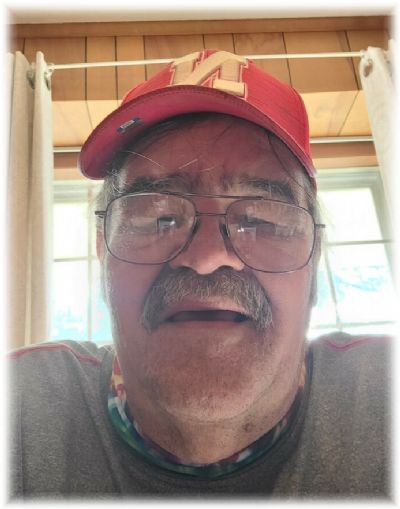 Walter worked as a truck driver for many years. He enjoyed playing mobile video games, listening to music, attending concerts and wearing anything tie dye.

In addition to his parents he is preceded in death by one sister, Karen Porter.

He is survived by his wife of 9 years, Jeanie (East) Nichols of Paris; three sons, Seth Porter, Michael Simons of Paris and James Simons of Paris; one sister, Ardyth Power of Reno, Nevada and two grandchildren, Tyler Simons and Miles Simons.

We have known Wally for 35 years. In 1989 when the earthquake hit the bay area in California we lived in Oakland. Wally couldn't get in touch with us and was worried. He drove all the way from salt lake city just to make sure we were okay. Only to turn right around to go back to Utah so he could go to work the next day. That's the type of person Wally was. A true friend and true deadhead who will be greatly missed.

Cousin “Wally” , Today I was thinking about Wally, so I Googled. I guess my radar was on. Wally may you Rest In Peace. I’ve missed talking to you, more like listening to you. Anyone that knew him knows what I mean. He was so smart on a lot of subjects. He lived life to fullest. He was a “Dead Head” meaning he loved the group the Greatful Dead. He and his sisters are my 1st cousins. My family was always so happy to see our Aunt, Uncle & cousins. I’m thankful for all.
Love always Kathy 01/30/22