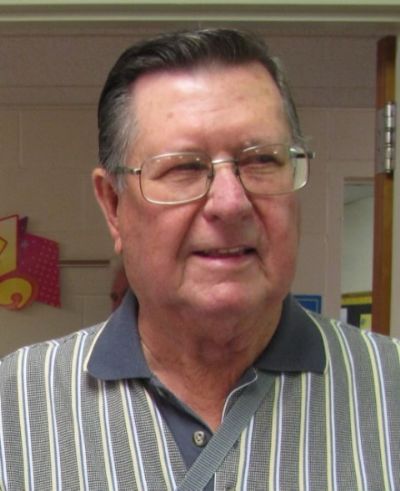 After a short illness, Glenn Luther Dingler went home to be with the Lord on Friday, January 21, 2022. Glenn was born in Pine Valley, Oklahoma on March 28, 1930, to Luther and Blanche Dingler. He later moved with his family to Kirby, Arkansas. He was the oldest of four children. Before he was married, Glenn served in the U.S. Army during the Korean Conflict. He ended his military career in 1953 as a Corporal. On November 4, 1955, Glenn married Jessie Marie (Gilbert) Dingler. They had three sons. Their marriage lasted 57-years, until Jessie's death in 2013.

Glenn retired in 1992 after a 37-year career from Arkla Gas Company (now CenterPoint Energy), where he started as a warehouse employee and worked up to Purchasing Manager. He served as President of the Arkansas Purchasing Management Association of Arkansas, the President of the Optimist Club of Greater Little Rock, and the President of the Arkla Retired Employees Association. His sons love to tell a funny story when radio disc jockey Craig O'Neil, famous for his on-air practical jokes, called up the Optimist Christmas Tree Sales Lot. Glenn answered the phone, and Craig, acting as an employee of the Little Rock Zoo, wanted to bring a sick Yak to the Christmas Tree lot to eat its native food, Christmas Trees. We still get a chuckle out of this story whenever it is told.

Glenn loved to play golf and travel to Dingler family reunions. (All of the U.S. Dingler families hale from one young German ancestor who fought in the Revolutionary War as a mercenary for the British until he changed sides to fight against tyranny with the American forefathers). Glenn also enjoyed serving in social organizations and church. He was a deacon at the 6th and Izard Church of Christ for many years. When the church moved out to Maumelle, becoming Windsong Church of Christ, Glenn and Jessie followed along, continuing to worship with them. They even went on several foreign mission trips to Romania, Kosovo, and Myanmar, teaching English from the Bible. After losing his bride, Glenn continued serving as a deacon at Windsong until recently, when his memory began to fail.

In addition to his parents and wife, Jessie, Glenn was preceded in death by his brother, Eldon Dingler. He is survived by his three sons, Robert, Michael, and Steven, and their wives and three grandchildren. He is also survived by his youngest brother, Doyce Dingler of Arlington, TX, and his younger sister, Euvis Patterson of Visalia, CA, and numerous nieces and nephews.

The family would like to thank the staff at Hospice Home Care for making Glenn's final days pain-free and peaceful. They would also like to thank the Avenir Assisted Living Facility staff for their excellent care for Glenn, particularly during these trying times of Covid.

To the Dingler Family, I would like to express my condolences for the loss of Glenn. He and I served together for many years in the Optimist Club of Greater Little Rock. I only recently learned of Glenn's passing. I would like to say that he was a fine man and I very much enjoyed our friendship over the years.

Doyce, Gail and I are sorry you have lost another brother from this life. Be comforted that they both knew Christ Jesus and we will see them again.

We enjoyed many good times with Eldon and Diann through the years. We surely do miss them.

Hope you and your family are doing well. Gail and I are beginning to feel our age, but life has been good. May God bless you during this difficult time.

Scott and I were so sorry to hear of Glenn’s passing. We always enjoyed visiting with him and Jessie at the Dingler Reunions. He will be missed.

Rob, Mike, Steve & families, we join with you in both grief & joy today. Our thoughts & prayers are with you today & we love you.

We remember Glen as a diligent Bible student, a Missionary at heart and a courteous gentleman respected and appreciated by all.

Mike,
I am very sorry for your loss. My prayers are with you.

Mr and Mrs Dingler had been our neighbors for a long time. Our prayers for the family.

Mike and Steven, we are so sorry for your loss. You and your family are in our prayers and thoughts.

Mike,
Very sorry for your loss.
Sending my sincere condolences.
Prayers for your family as well.

Dear Mike and family,
We are so sorry for your loss. You are in our thoughts and prayers.