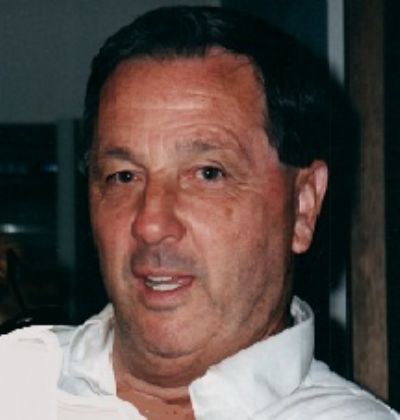 Allison, as he liked to be called, was born on July 9, 1935, in Austin, Arkansas. He had a younger brother that passed away at 6 months old and a younger sister, Linda, who passed away in 2002.

Dad started working at an early age at an ice plant helping his dad. He graduated from Central High School in 1953. Dad played football and excelled in pole vaulting, never losing a match (and that was a steel pole). He received scholarship offers from LSU and the University of Arkansas, but joined the Air Force so he could help his family financially, because his father was not in good health. While stationed in England, he met the love of his life, Chris, who was from Switzerland. Dad wanted to be a fighter pilot, but his eyes were not good enough; so, he trained as a military policeman and so began his career in law enforcement. Upon returning to the states and discharging from the Air Force, dad joined the Little Rock Police Department and rode a motorcycle. He was there for five years and received Policeman of the Month and of the Year Awards. While there he played quarterback in a few Copper Bowl games between Little Rock Police Department and North Little Rock Police Department.

Dad was one of the first probation officers in the state and worked for Judge Richard B Adkisson from the early 70's until he ran unsuccessfully for Pulaski County Sheriff in 1976. After that loss, he got out of law enforcement for several years. He opened up an optical shop, recently I ask him why and he told me that he had been looking for sunglasses and there were only 2 places in the area. His son, Steve worked in the business and opened his own company, Specs for Less, which has been successful for over 39 years. Dad worked at Walt Bennett Ford for about a year and was the Top Salesman many times. It was too hard being on your feet 6 days a week, back then you wore suits.

In the late 70's he was head of the CID Department for Benton Police Department. One of the many crimes he solved was featured in True Crime Magazine. A few years in the 80's he was the GM of a hotel in Florida, he met the owner in Little Rock while providing security services for his hotel.

His last place of employment before retiring was with ABC enforcement. After that he was a concealed handgun instructor for many years.

Mom and Dad desired so much to give their children an easier life than they had and to provide more for us. They worked hard and succeeded. We went on many vacations; had horses, dogs, motorcycles, boats, etc. Christmas and birthdays were awesome except dad couldn't keep a secret and would want to tell us what we were getting, much to mom's disappointment.

Dad was a very intelligent and charismatic man. He graduated from UALR with a bachelor's degree, going to school at night while working. He loved funny stories and ballads such as the Green Beret, Big Bad John, the Streak, etc. and loved Jerry Clower. He always had loud, noise making toys for his grandchildren. He loved the western channel and liked to watch Charles Stanley on Sunday mornings. He also loved to play golf and go to the horse races. We were blessed to have him as a father; we loved him and miss him and mom so very much. He is now with his "brown eyed darling", as he affectionately called mom in heaven.

Dad is survived by a son, Steve Allison (Cortney), and two daughters, Debra Harvey (Bill) and Monica Wilder (Stan); granddaughter, Krystle Hall (Jason); grandsons, Derek Harvey (Lindsey), Jake Allison (Braylin), Jared Allison; bonus grandchildren, Geni Wilder (Jeremy) and Larry Wilder; great grandchildren, Hayden and Madison Hall; bonus great grandchildren, Brayden and Marlie Mimms and one great grandchild on the way in May; a nephew, Mel Stogner, Jr. (Heather) and many cousins.
In lieu of flowers, donations can be made in memory of mom and dad to your local animal shelter, Arkansas Baptist Children's Home or a charity of your choice.

Thank you to our family and friends for your love and prayers. It is greatly appreciated!

My husband and I knew Harold when he rode motorcycle years ago for LRPD. We helped in his campaign . Sorry for your loss. Your Dad was a lot of fun

Debra,
I’m so sorry for the loss of your father. Although I just met you recently it was obvious that you were still grieving the loss of your mother while worrying about your dad at the same time. Know that your friends are praying for comfort and peace for you and your family.
Sympathy and love,
Donna Partain 🙏🏻

Thinking of you all today. Sending our love and prayers for peace, comfort, and strength. We love yall.
Mel, Heather, and boys

We are glad to have known him and he will be missed.

Lot of great memories and fun.

I’m so sorry to hear about your Dad’s passing and your Mom’s also. I regret not knowing she had passed earlier. I adored your Dad and your Mom & have such wonderful memories of spending Thanksgiving evening with all of you for many years. Chris was a beautiful person and a great cook. Your Dad was always happy and such fun. Monica, you always got the job of babysitting April. I’m keeping all you in my prayers and much love. Kathy

Harold was a great friend with aGreat Smile.

So long, old neighbor, it was my pleasure knowing ya.

Harold was my older cousin. He was 9 years younger than my mom his aunt Marie she helped raise him. Was very proud of Harold. My thoughts and prayers for his children at this sad time.

Harold & I go back a long way . He was a good friend. We liked to go to the races together. Years ago we had some good memories of Riding Horses 🐴 He will be missed….