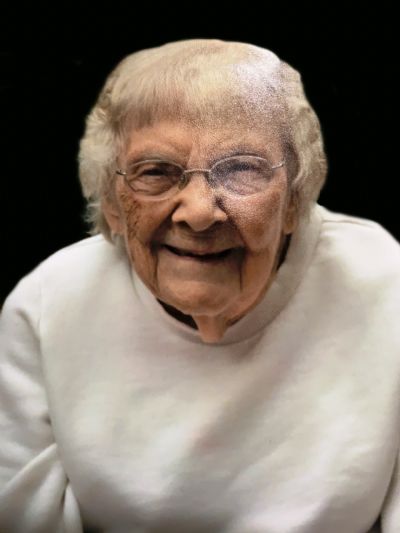 Barbara Jean Murley went to join her God and family on Friday, October 8, 2021, at the age of 97. She was born to Elsie and Earl J. Dix, Sr. on December 3, 1923, in Illinois, one of four children. Her parents; her brothers, Robert and Earl J., Jr.; and her sister, Jodeen, preceded her in death.

Barbara and her husband, the late Hansel A. Murley, met at East Aurora High School in Illinois. Following her high school graduation, Barbara earned her Registered Nursing degree from The Presbyterian Hospital School of Nursing in 1946 in Chicago. When Hansel returned from serving three years in the Pacific Theater during World War II, he and Barbara married on December 23, 1946, and moved to Northfield, Minnesota where he attended St. Olaf College.

The couple had three children, sons Thomas and Mark, and daughter Martha, all of who preceded her in death. Barbara became a full-time wife and mother. She was a multi-talented woman of great faith. She played the organ at Lutheran churches in each of the three states where they lived. Her sewing, needlepoint, and quilting skills resulted in the creation of numerous gifts for family and friends. She volunteered at a health clinic, hunger program, and thrift store.

Pastor Joel Quie will officiate at the graveside service being held on Friday, October 29, 2021, at 12:00 PM, at Lincoln Memorial Park Cemetery, in Oswego, Illinois.